In the spirit of July’s Interdependence theme, this week’s Featured Creative is the inspiringly prolific poet, Meggie Royer. Looking through Tumblr’s “writing” tag sometime in 2013, I came across her blog, Writings for Winter, and have since fallen for her heart-on-your-sleeves-style writing that still manages to connect with cynical millennials. Meggie is a poet who’s fearlessly honest when tackling life’s most difficult emotional challenges. We thought her work perfectly captures a variety of intermingling alliances. Her third book, The No You Never Listened To, is now available via Words Dance Publishing, and her brand new online literary magazine, Persephone’s Daughters is accepting poetry, prose, and artwork focused on empowering female victims of abuse and degradation until July 8th (writers of all gender identities are welcome to submit). Throughout the week, we will feature some of our favorite poems from her blog, as well as her responses to questions about her work/creative process.
~Kim Kaletsky, Ideablog Managing Editor

“For Twenty-Year-Olds Who Have Never Been Loved”

All of a sudden two decades have passed and you still have not kissed anyone with tongue, or kissed anyone at all for that matter, or had a 3 AM conversation with someone who would rather look into your eyes for ten minutes straight than talk. You have never worn a lover’s sweater or “forgotten” it at home in your bedroom just so you would have an excuse to see them again. You have never even stood face-to-face with someone who makes your hands shake so hard it feels like they’re both having a separate anxiety attack.

This causes you much guilt and self-blame and sadness but above all, an overwhelming curiosity. Are you really that ugly, that unwanted, that uninteresting, that boring, that no one, absolutely no one, has ever looked at you like the only thing on earth?

The answer is no. The better answer is that someone out there, somewhere in the world, is “wondering what it’s like to meet someone like you,” and they have two decades worth of love stored in their veins like a shoot-‘em-up drug, and they’re just about ready to inject it into someone else’s bloodstream. All you have to do is roll up your sleeves and wait for it to happen. 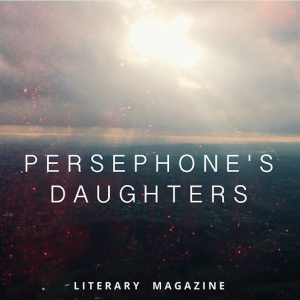 At times you felt so lonely you could stand at the edge of a cliff with nothing beneath you but air and grass and a long, long way down, and you’d still feel emptier than that canyon itself. Maybe you even danced with yourself alone in your room a few times, arms outstretched around a ghost, pretending someone else’s hands were on your waist, someone else’s eyes boring into yours.

Or maybe you fell temporarily in love with strangers on public transportation, fell in love with anybody who so much as accidentally brushed your hand on the way past. For you, falling in love with dozens of people a day was a coping mechanism for not having anyone to love you in return. But people are not eggs and falling in love with a dozen of them does not mean your shell will remain uncracked. One day you’re going to hit the point where you’re so desperate for human contact that you’re going to snap in half and all your love will bleed out like egg yolk.

But someone out there is eating a bowl of Ramen noodles right now, or putting on slippers, or settling into bed. They are doing all the normal things that you’ve done in your own life. They are just like you. They have cellulite and extra fat in all the wrong places and goals and fears and doubts and bad handwriting.

They think they’re all alone in feeling the way they do, but you’re really both two halves of a whole.

And one day you’ll meet them, bump into them on the street, and your two halves will be put together, and you’ll make one.

Buy Meggie’s latest book, The No You Never Listened To, here.

Your new book, The No You Never Listened To and Persephone’s Daughters both focus on the subject of sexual assault. How did you know you were ready to write about that topic?

I wrote a lot of poems about sexual assault and rape following the aftermath of my own rape, but was unable to allow myself to share them for a long time, because there was so much guilt and shame involved, and also this fear of my personal experiences being read by strangers. It’s difficult to have the private become public. So it wasn’t so much that I wasn’t ready to write about the topic, but that I wasn’t ready to share my writing about the topic. Finally I told myself to stop directing the guilt and anger at myself, and post these poems, and share them, because I’d already had so much taken away from me by being raped. I didn’t want these poems to be just another stolen thing, so I shared them, out of anger and frustration, but also out of a hope that they would help others open up and heal as well. I just got so repulsed by how we teach our women and girls to be silent and ashamed, and I wanted to provide a space for them to howl.

See more of Meggie’s Featured Creative posts on our Ideablog

~~~Meggie Royer is a writer and photographer from the Midwest who is currently majoring in Psychology at Macalester College. Her poems have previously appeared in Words Dance Magazine, The Harpoon Review, Melancholy Hyperbole, and more. She has won national medals for her poetry and a writing portfolio in the Scholastic Art and Writing Awards, and was the Macalester Honorable Mention recipient of the 2015 Academy of American Poets Student Poetry Prize.