This entry is part 2 of 2 in the series Pilgrimages 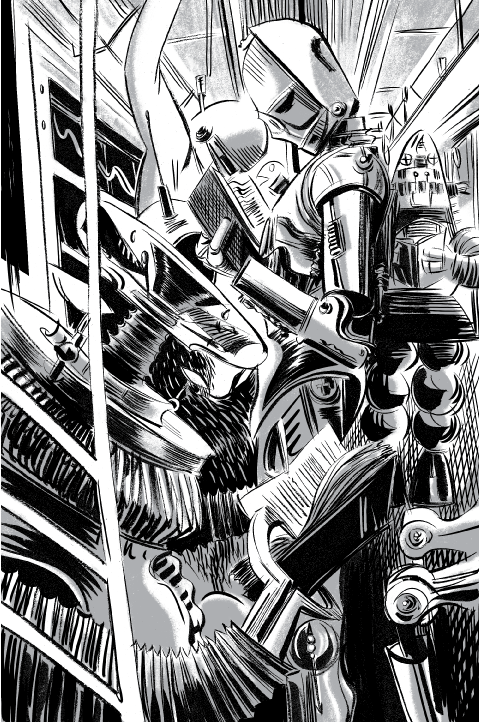 Several people have given me very nice compliments about the four illustrations which populate the pages of Luke Skywalker Can’t Read. And whenever they do, I say “you should see her other work!” My illustrator is named Wesley Allsbrook and she’s had her art accompanying everything from articles in The New Yorker to original short fiction published on Tor.com. Wesley is not just a professional illustrator, she’s a little bit more like a mage of the visual arts. Or a wizard?

Actually genie might be the best noun to describe the way Wesley works. It’s not super normal to have a collection of non-fiction essays be illustrated, but it was important to me that the reader felt like this book was special in a way that wasn’t flashy. And the journey to her final illustrations was an interesting one. 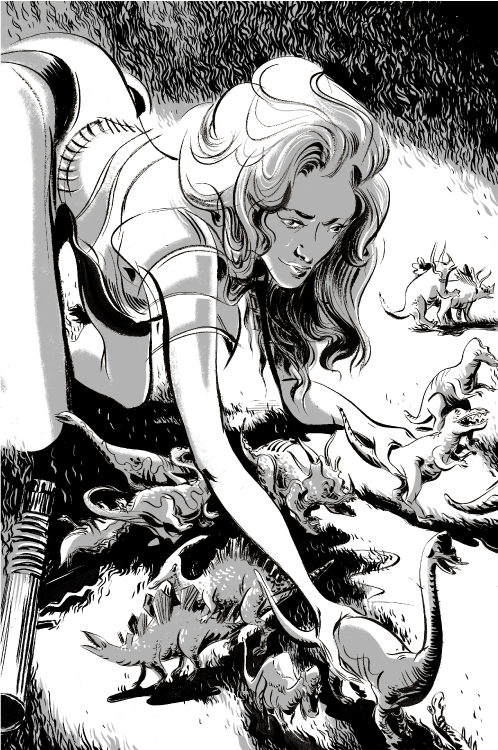 I say “genie” because I essentially had the art version of “three wishes” in terms of what Wesley could do for me. I said I wanted 3-4 original illustrations to accompany the essays in the book, but that she had free-reign to do whatever she wanted. If these three or four illustrations didn’t really turn out how I wanted, it could have been a situation where the magical artist would float away, saying “see you later sucka!” Instead, when I procured this particular magic lamp, I got way more than I could have hoped for.

Wesley and I knew each other a little bit before I commissioned her to do these illustrations, but we were by no means best buddies. This, I feel, was important. I’ve loved a few artists in my life and collaborated with painters before, so the idea of having someone re-intepret my work wasn’t unfamiliar to me at all. But, because these illustrations were going to go into my book–my first book–it was important to me that the person doing the work had one criterion and one criterion alone: they were the best in their field for the kind of illustrations I dreamed I could get. I didn’t owe Wesley a favor nor did she owe me one. (Well, I owe her a few now!) Instead, I was a fan of Wesley’s illustrations, and getting her to be part of this project felt like getting whipped cream on top of your whipped cream. 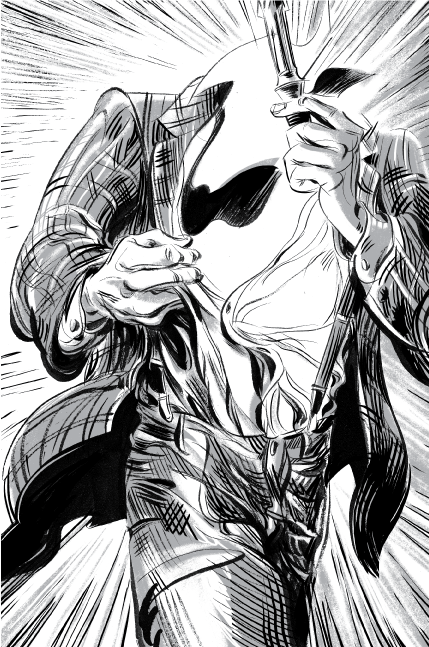 If you’ve seen the book, the illustrations are simply, but convey a relatively simple message. My favorite is the one that opens the book; Wesley’s interpretation of the essay, “The Birds, the Bees and Barbarella.” Her illustration features Barbarella playing with toy dinosaurs, all of whom look like they’re lovingly humping each other. It’s delightfully raunchy, but without being offensive. In a sense, it’s cute. As a writer, I always like trying to mix tones so the reader might feel contradictory emotions at the same time. I think the collision between the whimsical and earnest is where I hope most of my writing lives.

Someone like Wesley is able to accomplish this almost every single time, and makes it look easy.