Here in an excerpt from the introduction to The Recovering Politician’s 12-Step Program to Surviving Crisis, Jonathan Miller introduces the missions of Second Act Strategies, a company in which “esteemed, qualified experts who’ve earned their stripes in the arena’s spotlight teach leadership, teamwork, ethics, and reinvention.”

“While some references to the language of recovery might elicit a few chuckles, I compiled this book with solemn respect for those who have bravely joined twelve step programs to better themselves, as well as for those who have developed these curricula and saved so many lives in the process.

The use of recovery terms also reveals another particular passion of mine: To prove F. Scott Fitzgerald wrong–that there are meaningful and fulfilling second (and third…) acts in American life. You may have run across this book because you are currently suffering through a difficult crisis–in your firm, career or family. You likely know of a close friend, relative or business associate who has had to endure a challenging or embarrassing public episode.

If my co-authors and I accomplish anything, it is to empower you, through the sharing of our own experiences, with the comfort of knowing that recovery and rehabilitation are always around the corner; and that your journey, no matter how difficult it might seem in the present moment, will provide invaluable lessons for your own next act. We hope that some of the lessons we learned from our own crises–as discussed in the following chapters–can be helpful to you as well.”

To receive the full The Recovering Politician’s Twelve Step Program to Survival Crisis experience, purchase a copy of his book here. 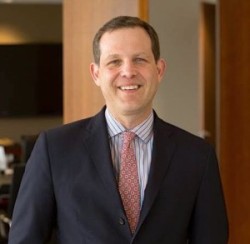 Jonathan Miller, The Recovering Politician, has been elected twice as Kentucky State Treasurer; authored three books on faith, public policy and crisis management; graduated Phi Beta Kappa and with high honors from Harvard’s college and law school; practices as a crisis management attorney for Frost Brown Todd, a large regional law firm; serves as a Contributor to The Daily Beast and Kentucky Sports Radio, played straight man on The Daily Show with Jon Stewart; reached the final table in the World Series of Poker; and with his summer camp sweetheart, raised two remarkable college-going daughters.