That’s why it is so important to connect on some relatable level. You have something in common with your audience, but it can’t be your wrecked car and their toothache. You may never say it, but the emotion you choose to connect on has to be level with whom you’re talking to. There is only one Tiger Woods, but he could have connected as a kid with a dream to be the best. He could have said he was changing his focus on life and wanted to use his wealth for the good. Real people have dreams. Real people want to be the good guy. A big shot of humility buttressed with honesty, goes a long way, trust me!

Think like your audience. Do they think the politician sitting in a classroom reading to kindergarteners, hugging the rental golden retriever, or wearing a cowboy hat when they drive a Lexus is credible? No, that’s bull.

Real people see right through plastic veneer; they feel disconnected from the logical rider talking points. People who are in public positions are largely seen as un-relatable, and being a phony trying to be relatable hurts you worse.

Be relatable by finding the shared value. 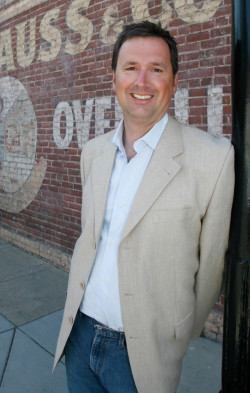 Jason Atkinson has developed a reputation as leader, public speaker, author and executive. His breadth of experience in business and government combines with a passion for service notable in its force and clarity of vision. As a candidate for Governor of Oregon in 2006, Atkinson showed an intense work ethic, the fortitude to handle extreme personal and diverse pressures and the ability to organize and mobilize people with an upbeat, positive, energetic campaign that grabbed national attention. In 2008 Atkinson was nearly killed in a gunshot accident and showed the same determination to recover he has had in all his endeavors. In 2009, Atkinson remanded the highest poll choice for his party’s nomination for Governor; however, due to his health, he was unable to run.

After recovery, Jason Atkinson dove back into public service: financing new companies; diplomacy for foreign projects he believes in, and active board service.

STEP FIVE: Be First to Frame Your Narrative in Your Own Voice, with Facts and Sincerity
By Michael Steele, former Chairman, Republication National Committee and Lt. Governor, State of Maryland

Everyone believes there’s a silver bullet in crisis management, but these are really 51-49 judgment calls. For the most part, we recognize the elements of a perfect storm crisis that make crisis management, at least in the short term, impossible. But when you are involved in a scandal that is all over the tabloids and given weight by the mainstream media, there’s nothing you can do about that. No crisis manager in the world is going to prevent people from writing rumors or extrapolating from facts to create fiction, and putting their own desired narrative on your story way beyond what the facts are.

So what do you do in a perfect storm when there is nothing you can do? In fact, the answer is not complicated or overly dramatic: Set your house in order and just keep telling the truth. 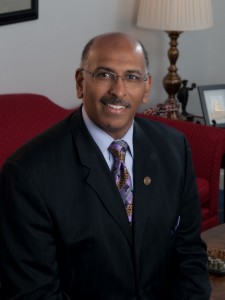 Michael Steele is former chairman of the Republican National Committee, and former Lieutenant governor of Maryland. Until recently he was President and CEO of The Steele Group, a consulting firm working with institutional and individual clients to design overall business development, investor, networking, and communications strategies.

Mr. Steele is a political analyst for MSNBC. Mr. Steele’s ability as a communicator and analyst have long been showcased by his position as a contributor on the Fox News Channel and as a regular host for the Salem Radio Network’s nationally syndicated Morning in America Show. Additionally, Mr. Steele has been an entertaining and eloquent guest on cable political talk shows such as HBO’s Real Time with Bill Maher and Comedy Central’s Daily Show and The Colbert Report.

When an elected official is hit with a crisis, there are many ways to respond–some may resolve the situation; others may make it worse. At some point along the way, almost every elected official is going to face one type of crisis or another, whether it is on the governmental, political or personal level. When it happens, the press goes into a feeding frenzy.

A critical element of surviving crisis is to develop a clear, concise message, and stick to it. 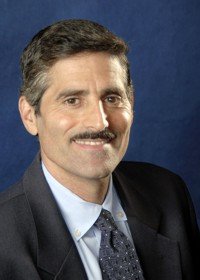 Steve Levy is a graduate of Sachem High School, Stony Brook University (Magna Cum Laude) and St. John’s University Law School. In 1985 Levy was elected to the Suffolk County Legislature at age 26 – the beginning of a 15-year tenure as a member of that body. During this time he served as Chairman of the Ways and Means Committee and as a Deputy Presiding Officer. He left the Suffolk Legislature after 2000 when he was elected a member of the New York State Assembly. In November 2003, Mr. Levy was elected as Suffolk County’s seventh County Executive. In 2007, he was re-elected with a record 96% of the vote.

Want to read more about Steps Four, Five and Six? Purchase a copy of The Recovering Politician’s Twelve Step Program to Survival Crisishere.