This entry is part 3 of 18 in the series Jubilation 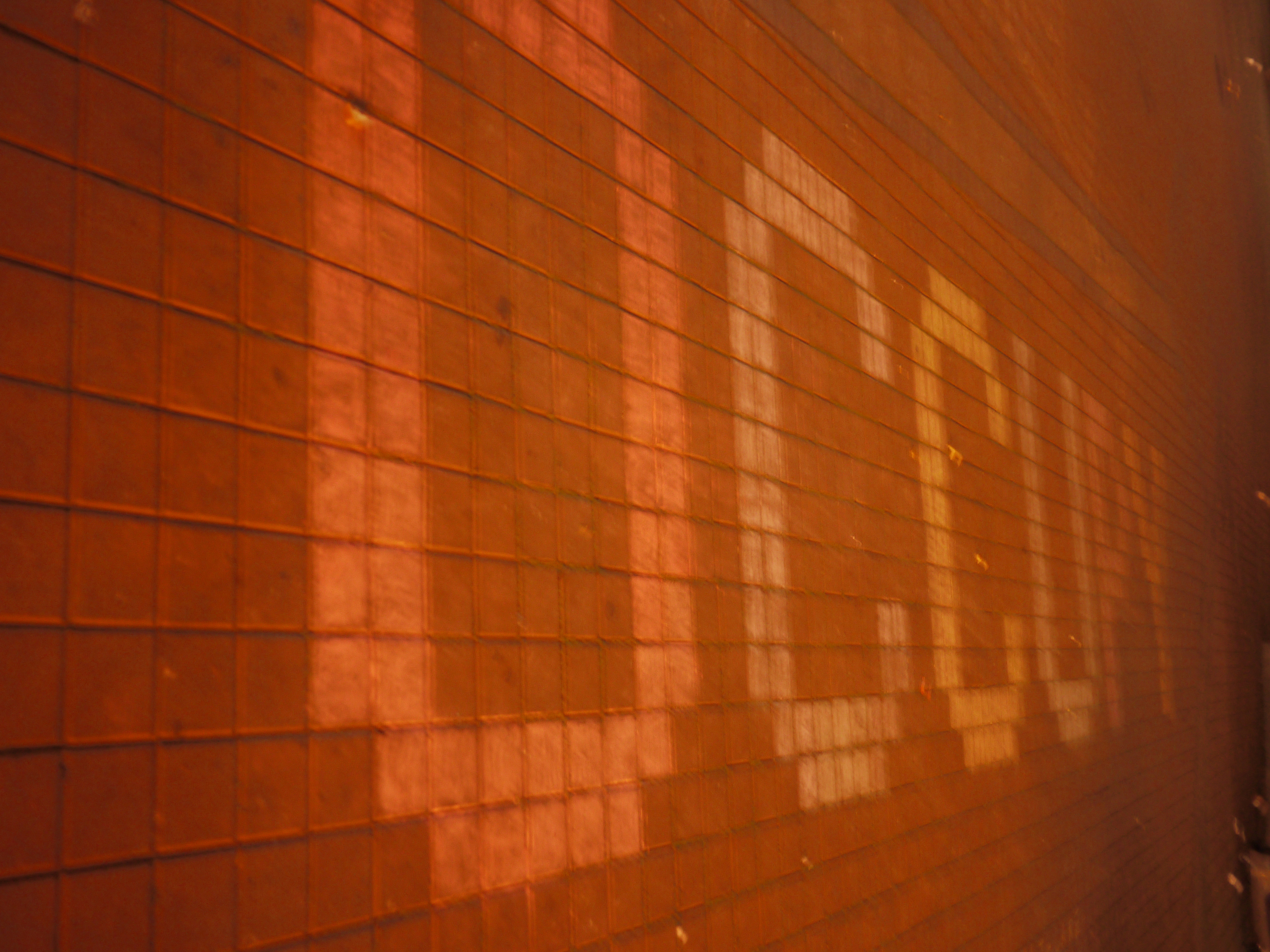 began after Occupy Oakland was forcibly removed from Oscar Grant Plaza. The final thing to go was the word “OCCUPY” which had been chalked onto the pavers. Six police, several city officials and 2 city workers with power washers were sent out to officiate the important job of removing this offending word. People moved in to protect the chalk. A guy on a bike stopped on the “O.” Marsha was knitting a scarf on the “O” and Dandelion was sitting on a “C,” drawing in her sketchbook. A guy in a wheelchair was on the “P.” I was on the other C.” They told us to move, that we were committing the crime of “obstructing public access.” We told them we were busy and that they should go around. The police then said that we would be arrested. Bail for “obstructing public access” is $5,000 in Oakland, by the way, as opposed to pimping which is $2,500. It didn’t seem worth it since the police said we could put it back. The “restoration” of the park

Dandelion was the only one who refused to move in the end. She called her babysitter and told her she was being arrested. Raven, who was sitting beside her, said, “I already went to jail for that and they gave me 6 dislocated ribs so I’ve got to be kind careful,” to which Dandelion said, “I have given birth, to a child, for 37 hours. I can handle some men…I’m just doing my job they say. This is the Grapes of Wrath 2.0.”

They decided against arresting the white woman and power-washed around her. All that was left was the word “CUP” and our intention to come and put it back. Which we did. Over 40 times and counting. Every Monday morning early, the city washed the plaza and every Friday afternoon, we were back with a new design. 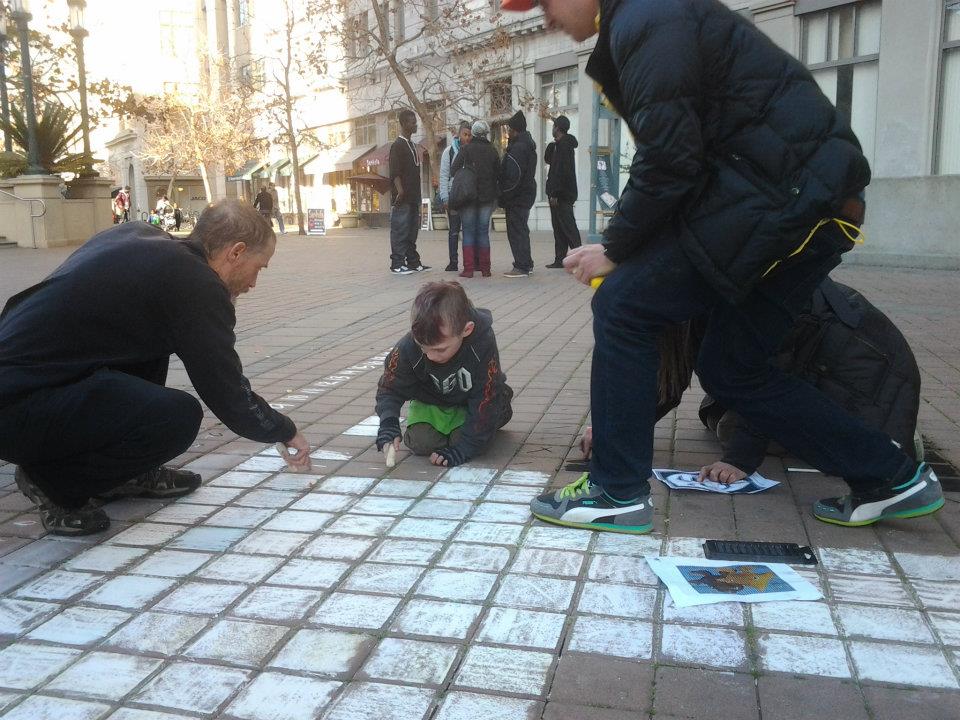 We were surprised that a few people, including a cute little boy, knelt down and helped us.

With the last trace of Occupy removed, the city kept the protestors out of the square by flooding it. This was called “restoration” of the park. In spite of the drought it went on and on.

The first time my friends and I came back, we brought blackboard chalk and charcoal and drew a Guy Fawkes/Anonymous mask. I pixilated the image in Photoshop, to match the pavers. It took a while to match up the squares right so that the design wasn’t too complicated.

That was the first of over 50 chalkupys to date. The first amendment continues to be a central premise of all the activism work I do. 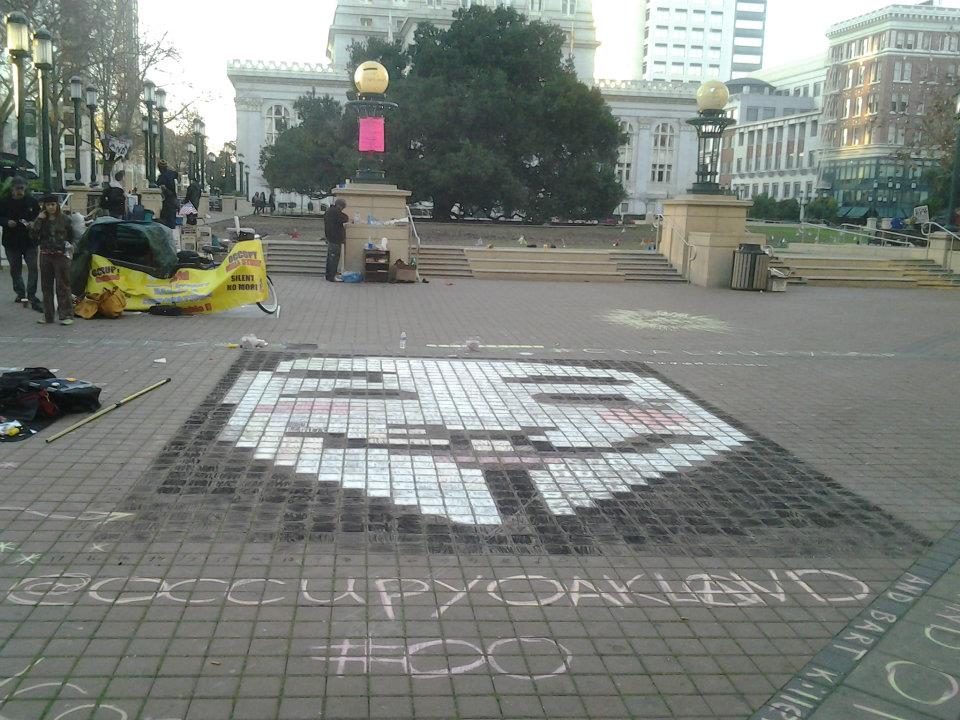