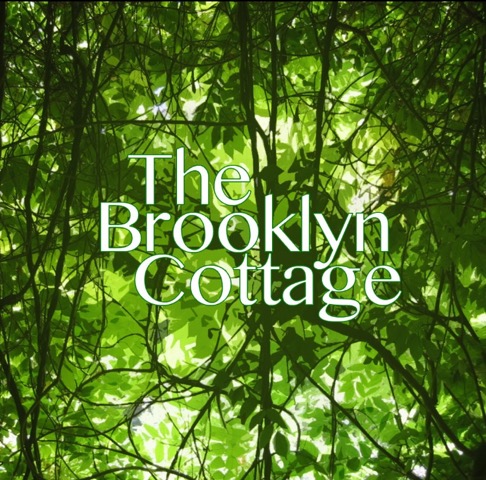 In the fall of 2011, I found myself in a Park Slope living room receiving a “divination” from a West African writer and teacher named Malidoma Some.

Malidoma looked at me with a direct gaze and said: “You must make yourself like a cottage. You must create a new sense of home and power and belonging. And from there, you will be given the opportunity to contemplate how to help others view their circumstances not from a reckless, tragic perspective but from an initiatory one.”

At the time, I was newly divorced and living alone in a Prospect Heights brownstone for half of each week while my daughters stayed with their father half a mile away.

Malidoma’s ideas were all new to me, but somehow they made sense.

On January 2, 2012, a young man named Yazmany Arboleda came to my house for tea. We’d both volunteered at a boarding school in India some months before, albeit at different times, and somehow had still managed to become not only acquainted but very fond of each other. It was our first time to meet in person.

“What do you want to do?” Yazmany asked me.

“I want to build a Brooklyn Cottage, “ I answered.

So with a budget of zero, and with me curating and Yazmany designing, this is what we began to do. 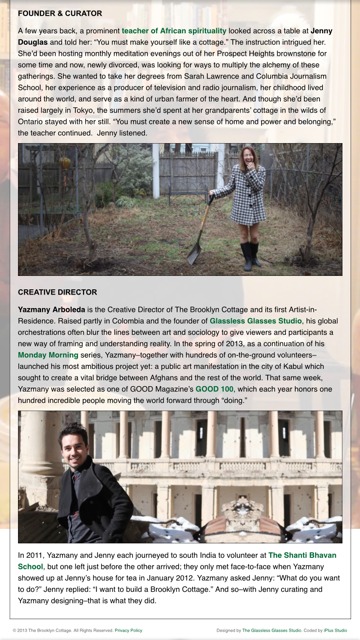