Summer may be officially over but the heat is on, especially for Fall events with Ideasmyth’s weekly curated list of New York’s quirky under-known treasures of culture, events and other surprising treats. Please submit your suggestions for any future events via our  CONTACT US  page. Happy adventuring!

Films on the Green: The French Minister

The Cultural Services of the French Embassy presents the Films on the Green series, an outdoor French film festival at parks all over Manhattan and Brooklyn. “The French Minister” starring Raphaël Personnaz, who has appeared in over 50 films since 1998, is the story of a French Minister of Foreign Affairs who deals with the pressures of his job: “stress, ambition and dirty dealing are the daily currency. But just as he thinks he can influence the fate of the world, everything seems threatened by the inertia of the technocrats.” All films are presented in French with English subtitles. 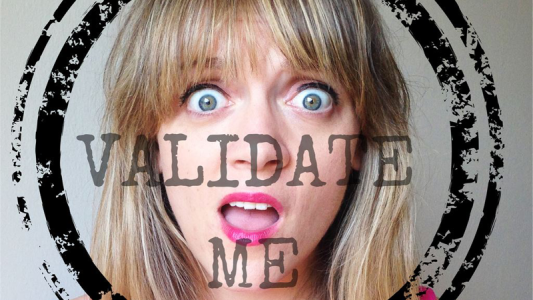 Sarah No Act and Validate Me

The People’s Improv Theatre presents two solo-shows for one night only, featuring Sarah Nowak and Carly Ann Filbin. Nowak, a character actress and a member of the saturday-night PIT regulars,The Baldwins, and Filbin, a theatrical comedian and also a member of the Upright Citizens Brigade, re-interpret the monologue with their tongue-in-cheek, out-loud thinking. You’re invited to “validate” them. 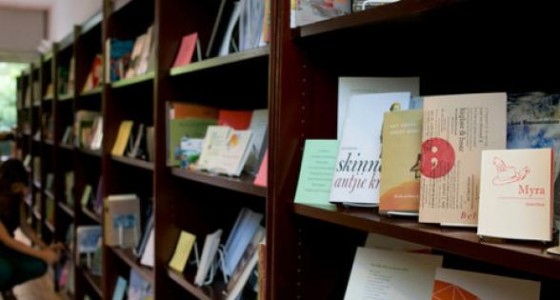 The Poet’s House in New York City, home to 60,000 volumes of poetry, invites the public to a group poetry reading at Elizabeth Kray Hall, featuring a range of prominent and prize-winning Finishing Line Press authors like Rodica Draghincescu, Leah Maines, Mark Belair, Hélène Cardona, John FitzGerald and more, who will be reading their most recently published works. Finishing Line Press is a small, award-winning publishing press based in Georgetown, Kentucky. 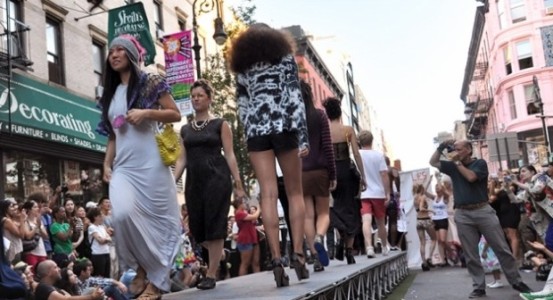 The Lower East Side hosts a block party with a hip and trendy yet underground vibe: featuring almost 30 art openings alongside a fashion show of the hottest Lower East Side looks hand-picked by Cosmopolitan editor Amy Odell, there will also be musical performances by DJ Anton Bass and munchies courtesy the Cake Shop, followed by a dance performance at the end.

The Craft of Creativity: Master Class

This year Ideasmyth has partnered with The Writers Room to create their new continuing education school, The Master Class Room. To kick off their first fall semester, there will be an inaugural showcase featuring the Masters themselves. Meet literary rockstars like David Evanier, Judy Goldschmidt, Signe Hammer, Nova Ren Suma, Katherine Wessling, and our Creatrix-in-Chief, Victoria C. Rowan,  as they present teasers of their work that underscore the creative principles that have brought them the kind of success they wish for their students. 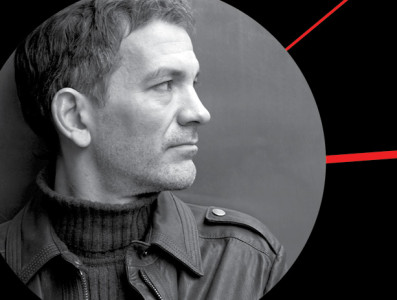 Contemporary Jazz pianist Brad Mehldau performs “an evening of music which embodies the essence of jazz exploration, classical romanticism and pop allure” at the Brooklyn Academy of Music. The Los Angeles Times has recognized Mehldau as one of the most adventurous pianists to come on to the contemporary jazz scene in years. Along with his original compositions, Mehldau is also famous for his renditions of popular classics by The Beatles, Radiohead, Cole Porter and more. For more information about Brad Mehldau, click here. 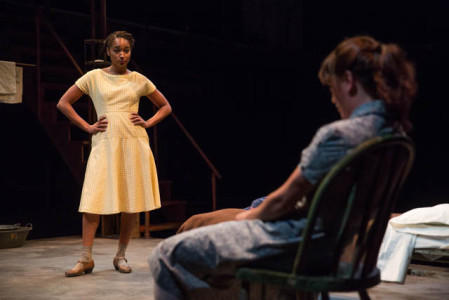 And I and Silence

Naomi Wallace’s play “And I and Silence” is the story of two women: one black, one white, who meet in imprisonment, but face greater pressures and dangers in the outside world upon their release as they, “explore the fierce dreams of youth and the brutal reality of adulthood in 1950s America.” This highly charged historical and political drama has received stellar reviews from Time Out New York, Entertainment Weekly and Variety. Catch one of the last few performances at the Signature Theatre in Midtown Manhattan.

If you have already made your way to the 9/11 Memorial Museum and are looking to further your contemplations on this heavy day, take a 10 minute walk down to The New York City Police Museum on Wall Street. An ongoing exhibit titled 9/11: A Uniform Response mainly houses an exhibition of photographs taken by determined Associated Press photographs, recording first-hand the actual tragedy and the years of varied responses to it that followed in the aftermath.

Got any other can’t-miss events in the city you’re excited about? We’re all ears– tell us about them in the comments section below. We greatly appreciate your engagement and social media shares.