Summer may be officially over but the heat is on, especially for Fall events with Ideasmyth’s weekly curated list of New York’s quirky under-known treasures of culture, events and other surprising treats. Please submit your suggestions for any future events via our  CONTACT US  page. Happy adventuring!

If you have already made your way to the 9/11 Memorial Museum and are interested in seeing another powerful and more intimate exhibit, take a 10 minute walk down to The New York City Police Museum on Wall Street. An ongoing installation titled 9/11: A Uniform Response features images taken by intrepid Associated Press photographers, recording the actual tragedy and capturing over the subsequent years the range of architectural, emotional and memorial responses to the tragedy. 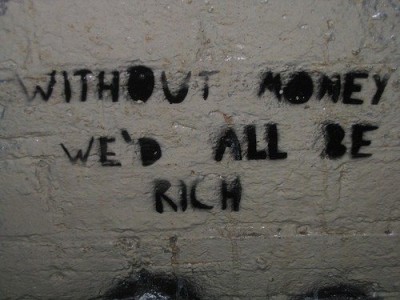 How to Make Millions Without Selling Out, w/ James Altucher

As a part of the #bossup series, AlleyNYC, an entrepreneurial hub located in Midtown Manhattan hosts an evening with James Altucher, an American hedge fund manager, angel investor, entrepreneur and bestselling author of books like”The Power of No.” In this talk, Altucher takes his audience on his own cyclical journey of success and failure, and the secret to his personal finance strategy: money does not equal happiness. Altucher is also the host of two successful podcasts, “Ask Altucher” and “The James Altucher Show,” and a frequent contributor to The Financial Times, The Huffington Post, TechCrunch and more.

Mom’s Clean Air Force is an NY community of parents who are actively fighting against air pollution in order to protect the health and well-being of their children. Mom’s Clean Air Force is hosting a pre-march, activity-filled, inspired morning for families and children, anticipating People’s Climate March on Sunday September 21st. Activities will include decorating signs and highlighting intentions for the march, aimed at influencing leaders attending the UN Summit on the Climate Crisis regarding a global agreement to reduce global warming pollution on September 23rd.

Otto Enoteca Pizzeria is the bustling and beloved Italian restaurant, modeled after an old Italian train station located near NYU. Known for its “playful and forthright approach to wine,” the sommelier is happy to cater to a range of connoisseurship that will make first-time wine tasters and veterans welcome to learn about wines from different Italian regions and what makes each so unique. And hope that there’s enough olive oil ice cream left for you to order for your dessert! 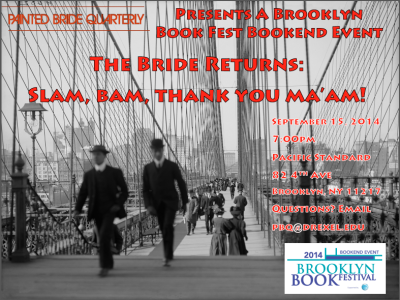 Philly’s Painted Bride Quarterly, one of the longest running literary magazines in the country, is hosting a writing slam at the Pacific Standard, a microbrewery pub, in association with the Brooklyn Book Festival.  They promise: “Get ready for another night of laughs and blue books. We’ll bring the pens, paper, and brotherly love if you bring the hospitality and those beautiful minds!” For more information about PBQ, click here. 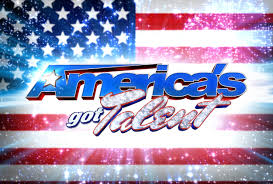 Hit show America’s Got Talent is filming live at Radio City Music Hall. Oggle host Nick Cannon along with judges Howard Stern, Howie Mandel, Heidi Klum, and Melanie B as they vote on whom they believe should become the next big star. Sign up for one of four arrival times to be a part of the live audience for the show.

Dutch artist Willem Van Genk is celebrated as one of the masters of outsider art. “Mind Traffic” is his first solo exhibition that showcases over forty drawings, paintings, collages and personal notes “depicting densely networked urban panoramas and reference interconnectivity.” 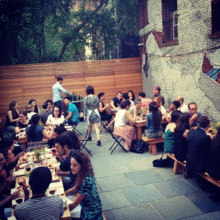 Peck’s, a quaint bakery and café in Brooklyn is hosting a Book/Plate series which involves a reading by a featured author, preceded by a family-style dinner, drinking, and merry-making. Tonight’s author is Saeed Jones, a nominee for the 2011 Pushcart Prize, reading from his poetry collection titled “Prelude to Bruise,” published by Greenlight Bookstore, an independent bookstore in Brooklyn. For more information about Saeed Jones, visit his blog here.

Got any other can’t-miss events in the city you’re excited about? Tip us off in the comments section below. Any and all social media shares are also greatly appreciated!