“The most creative people have this childlike facility to play.” -John Cleese

At Ideasmyth, we strongly believe in EDUTAINMENT: (education+entertainment) or (work+play)! Every week we handpick opportunities for you to add some perspiration to your inspiration, with a curated list of New York’s quirky under-known treasures of culture, events and other surprising treats. This week at Ideasmyth, we’re on a festival high featuring a range of events from the Brooklyn Book Festival, to New York Oyster Week, to the New York Clown Festival. Please submit your suggestions for any future events via our  CONTACT US  page.

Dutch artist Willem Van Genk is celebrated as one of the masters of outsider art. “Mind Traffic” is his first solo exhibition that showcases over forty drawings, paintings, collages and personal notes “depicting densely networked urban panoramas and reference interconnectivity.”

An inspired collaboration between bakery and café, Peck’s, and independent booksellers, Greenlight Bookstore, pairs a published and well-reputed featured author with original and experimental cuisine in their new Book/Plate series. This Thursday, catch poet Saeed Jones, a nominee for the 2011 Pushcart Prize whose poems have been published in a range of literary magazines like OCHO, Weave Magazine, Word Riot, Underground Voices, and many more. Jones will be reading from his latest poetry collection “Prelude to Bruise.” Click here to listen to Jones read from this collection. 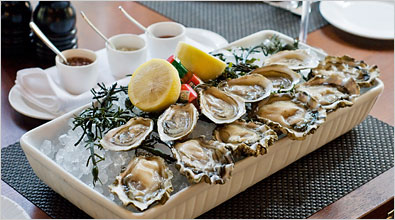 We know oysters are great for the tastebuds, but now we know they’re great for the environment too. New York Oyster Week is “a celebration of the oyster’s considerable and extraordinary role in the history, culture, cuisine, economy and ecology of New York.” On Friday, the New York Harbor hosts a day of sailing followed by the Regatta Bash at Governor’s island featuring live reggae music, Dark ‘n’ Stormies and the main attraction are oysters from Fisher’s Island, an organic, family-run oyster farm. Proceeds from the bash will be donated to New York’s only maritime school, the New York Harbor School, to fund school programs. (Fun fact: Ideasmyth actually knows a 9th grader who’s enrolled there and loves commuting to class by boat!)

Whether you’re writing a nonfiction book, a magazine article, or checking the facts about anything that really matters to your health, home or livelihood, the ability to cultivate and interview sources and/or find the information you need online is important. Quality intel is all. Sign up for the Saturday intensive advanced research and reporting seminar with Katherine Wessling at the Writer’s Room. All can bring their specific research challenges so they can be addressed in the seminar.

NYC Architecture expert Francis Morrone, one of Time+Leisure Magazine’s 13 best tour guides in the world, is hosting a cultural safari of Greenwich Village (specifically The West Village) this Saturday. “Can we still find inspiration in the streets of the Village as we contemplate its past?” he asks. In this series of three walking tours, he will discuss the cultural and physical heritage of “Greater Greenwich Village,” with an emphasis on the writers, artists, and musicians who once defined Greenwich Village–and American culture–in the imaginations of people all over the world. Tour 1 will take you to the far west, all the way to the Hudson River, to the most picturesque streets of the Village (and of all of New York), where topics will include the development of Westbeth (and the High Line), the history of the White Horse Tavern, Jane Jacobs, St. Luke’s Place, the Village Vanguard, and much more.

Brooklyn Book Festival: How to Write About a City

How many BookEnd events did you check off during the Brooklyn Book Festival this year? Whatever the answer, don’t worry, there are still a plethora to choose from. Though it was tough to choose, we were most intrigued by the panel “How to Write About a City.” At this event, three writers big on urban atmosphere, Phillip Lopate, Sharifa Rhodes-Pitts, and Edmund White, will discuss “the challenges of putting the urban landscape on the page.” Another philosophical departure point that intrigued us: “A sense of place is one of those qualities readers look for in a book, but what exactly does it mean, and how is writing about cities different? Is writing about cities essentially writing about people, or is it more than that?” 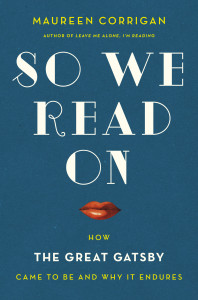 So We Read On by Maureen Corrigan with Michael Cunningham

When “The Great Gatsby” film came out in 2013 with Leonardo DiCaprio, we probably wondered the same thing: Why the longstanding fascination with Fitzgerald’s short novel? Critic in residence and lecturer at Georgetown University and contributor to NPR’S Fresh Air, Maureen Corrigan answers the question in her new book, So We Read On. In conversation with Michael Cunningham, winner of the PEN/Faulkner Award and the Pulitzer Prize for Fiction, Corrigan “offers a fresh perspective on what makes Gatsby great–and utterly unusual–juxtaposing a close reading of the text with a fascinating investigation of Fitzgerald’s personal history, his relationships, and his possible motivations for narrative.” 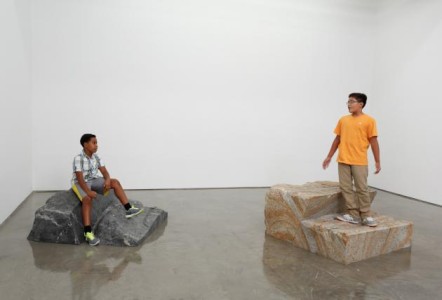 Gladstone Gallery, a major Chelsea art outpost, is hosting a solo show by Puerto Rico based artists Jennifer Allora and Guillermo Calzadilla who met during a study abroad trip in Italy in 1995. Their latest work, Fault Lines, is a performance-based installation meditating on investigating the concept of borders as both physical and imaginary boundaries or, in their words: “overlapping mechanics of polyphonic vocal texturing, geological and sculptural displacements, and adversarial rhetorical language.” Originally conceived for a Baroque-style residence in Milan, in this installation, the exhibit incorporates two male vocalists from the American Boychoir, a touring choral ensemble from the nation’s only boychoir boarding school who rarely make it to New York City.

The Brick Theatre in Williamsburg established its Clown Theatre in 2006 and after a long time, the New York Clown Festival is back until September 28th featuring a variety of production companies from the US and the world over, including Australia, Brazil, Denmark, New Zealand and more. On this Wednesday, this show intrigued: “Life After Death?” which promises an “existential journey through time and space with the delightfully intimate brother and sister duo, Mary and Harry Johnson, as they explore the meaning of life.”

Got any other can’t-miss events in the city you’re excited about? Tip us off in the comments section below. Any and all social media shares are also greatly appreciated!