What goes on behind Jeffery Epstiens doors on the Upper East Side? (This is the actual mansion. Photo: Google)

When I read great articles like this one from Salon, titled “I Was a Friend of Jeffrey Epstein; Here’s What I Know”, that spark even more questions, I like to play a game…that if I was the editor on this story, what brief would I give my investigative team? So here goes:

• Always always always follow the money as mentioned in the first paragraphs here about Epstein bragging about benefitting from both sides of dictator money laundering problems. As Balzac said, “Behind every great fortune lies a great crime.”

• Delve into financial connections between Epstein and the Clinton Foundation. No matter the good the Clinton Foundation may do, they still may have been used as a money-laundering outfit. And before there’s any rash advocacy for the Clinton Foundation to get shut down over tainted money, let’s keep perspective that philanthropy and government aid has a long history of being extended by the powerful as a form of self-defense, self-interest, money laundering and manipulatively using aid as a form of oppressive control (aka feudalism or colonialism in modern guise). [See: Jane Mayer’s incredible tour de force of investigative journalism Dark Money: The Hidden History of Billionaires Behind the Rise of the Radical Right that exposes the Koch brothers’ philanthropic agenda.]

• Don’t let the fact that women were involved in perpetrating this sexual exploitation and trafficking of women distract from the facts that still indicate that is a #MeToo male abuse of power story that involved women in its execution. AND that the women are STILL willing to enable the rehabilitation of criminal men: as mega-publicist Peggy Siegal was involved in supporting Epstein’s return to high society after his criminal conviction. (Curious who Siegal’s going to hire to spin-doctor HER reputation?) 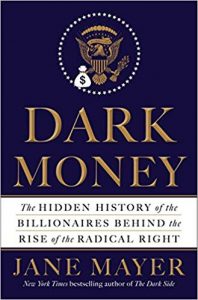 • Don’t let affections for popular public figures–say, Bill Clinton and Prince Andrew–distract from the truth. In Clinton, we know that his wife Hillary tolerated other women in their marriage who Bill was even less discrete about, so it’s very likely she turned a blind eye to whatever he did in what she may have felt secure would remain secret on “Lolita Island.” And then there’s the question: why would Hillary feel confident that Bill’s activities would never be exposed?

• Don’t let affection for England’s Queen Elizabeth distract from that fact that she has tolerated, and arguably condoned, her sons’ sexual exploitation of women for her sons’–and country’s–benefit. How likely is it that Prince Andrew partook of whatever girls were available to him on Lolita Island? Given the royal family ethos of tolerating Prince Philips’ multiple rumored affairs, tolerating Prince Charles’s public romantic associations with women in the adult porn industry and a rumored 20 lovers in rapid succession before Diana, are a few reasons to suggest that the Queen has always been fine with whatever the men in her family do with women. And let’s not forget that we understand Queen Elizabeth insisted that Prince Charles marry a titled virgin–Diana was 19 when she was officially engaged. This means it’s likely Diana was only 18 when the courting began and was only 20 at time of her marriage and Charles was 32. Sacrificing a virgin teen for the benefit of England was something the Queen clearly condoned.

• Turn up as many inconvenient truths as possible, as Finley Peter Dunne said, “The job of the newspaper is to comfort the afflicted and afflict the comfortable.”