STEP NINE: Listen to the People You Trust and Ignore All Others
By Jimmy Dahroug, former Democratic nominee for the New York State Senate

The lessons outlined in this chapter are almost universal. For example, if your business is suffering from a public relations crisis, you’ll probably be bombarded with suggestions from well-intentioned colleagues, friends and family. You’ll also likely be exhausted from the stress. Use this approach to keep yourself grounded and focused.

We rely on advisers in part because they specialize in areas where, practically, we do not have the time to study in-depth. But the job is not handed off entirely to the adviser; the principal still has a central role to play. We are the ones who know our own unique needs and circumstances the best. They are the advisers, but it is our job to manage the advising process; and ultimately, it is our decision to make.

As a result, it is critical that you do your part. That means learning about the area in which you need advice. This research can come in many forms: reading up on cases similar to yours, speaking to people who have been in your situation or speaking to potential advisers on an exploratory basis. This will provide some foundation for knowledge, so that you’re not flying blind in the process. 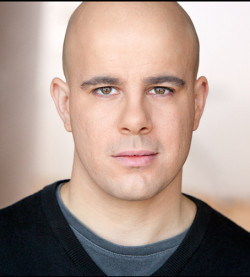 Maybe characterizing my opponents as the “enemy” is too strong, but let’s face it–by its very nature, politics drills down to two sides: Will you vote for me or against me? I had to come to grips with the realization that a certain percentage of people would vote against me, and despite my best efforts at separating politics from friendships, it was hard to stomach when I spied an opponents’ sign in a friend’s yard or recognized a neighbor’s name on someone else’s financial contribution list.

Clinging to the lessons I learned from my father and grandfather, I reminded myself that there are many reasons why people get involved in campaigns, and not all of those reasons are about opposing me. I was resolute in my refusal to enlist negative personal attacks because I did not consider my opponents as enemies. As it would turn out, this would be another very important lesson. 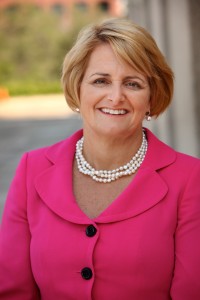 Loranne Ausley is the Founder and Chair of The Florida Project, the only organization of its kind in Florida, dedicated to producing, disseminating and applying polling and research data across the progressive infrastructure. She is Vice Chair of the Southern Progress Fund, “of counsel” to the Hollimon PA Law firm, and owns and manages her own consulting firm. Ausley is an attorney who served as an elected Member of the Florida House of Representatives for 8 years. In 2010, she ran as the Democratic nominee for Chief Financial Officer of Florida, one of Florida’s four statewide elected Cabinet positions.

Ausley is a 6th-generation Floridian who has held senior positions in the Clinton Administration and in state government, working closely with some of Florida’s most respected leaders including Bob Graham, Lawton Chiles and Buddy MacKay. As a Democratic leader in the State House, Loranne established herself as an independent-minded leader unafraid to take on tough problems and find real solutions. Ausley developed a policy expertise in health care as the ranking Democrat on the House Health Care Council, and in 2008 was selected to oversee Florida’s $300 million child health insurance program. She retired from the Florida House in 2008 due to term limits, and served as Chair of the Florida Healthy Kids Corporation until 2011.