Our first Featured Creative for our July theme of Interdependence is Jonathan Miller, former Kentucky State Treasurer and gubernatorial candidate, and now CEO of Second Act Strategies, a crisis management training firm. When I was consulting Jonathan as a client, I immediately identified his speech opening laugh line, The Recovering Politician, as a great premise for a community and was so excited to see his website become a hub for: “Insider Analysis of Today’s Scandals and Crises — and Tomorrow’s Second Acts.” As a very likeable guy with a rare passion for bi-partisan commentary, he managed to convince many career politicians from both sides of the aisle to be guest bloggers. Ultimately they became contributors to Miller’s book, The Recovering Politician’s Twelve Step Program to Survival Crisis and have become part of his Second Act Strategies team. Every day for the rest of this week you will get new daily teasers from each “step.” Hopefully no one reading will ever have to face the kind of mega-disasters the corporations they consult have to handle, but this is some good ammunition for coping in crisis–on any scale. Victoria C. Rowan, Ideasmyth’s Creatrix-in-Chief

STEP ELEVEN: Keep Your Head and Your Sense of Humor When All Around You Are Losing Theirs
By Carte Goodwin, former U.S. Senator from West Virginia

However, sometimes crisis can be borne of tremendous good news–a chance of a lifetime; or put another way, when the dog finally catches the car. As one of my political heroes, President John F. Kennedy, once noted, “The Chinese use two brush strokes to write the word ‘crisis.’ One brush stroke stands for danger; the other for opportunity.”

I’m living testament to that principle. A childhood dream almost literally was dumped in my lap. It was an extraordinary opportunity. But it came with considerable responsibilities and posed some serious challenges.

And I learned a powerful lesson for all forms of crisis management: Keep your head and sense of humor when all around you are losing theirs. 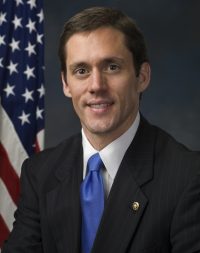 In July of 2010, West Virginia Governor Joe Manchin III appointed Goodwin to the United States Senate to fill the vacancy caused by the passing of Senator Robert C. Byrd, where he served until a special election was held to fill the remainder of Senator Byrd’s unexpired term.

The crisis–that at one point seemed devastating–had no real legs. I pounded the pavement and met my potential detractors head on, while the headline, I can only imagine, lined a birdcage or something of the sort.

This example, of course, was not my only crisis during my 13 years in office.

However, I am proud to say it was one of the worst. By constantly investing in my relationships and reputation, I found it increasingly easier to weather any storms that came my way.

When I retired from office, I told my successor that one of the best things that can happen to a newly elected official is to have a great example to follow. A tongue-in-cheek snippet of advice? Sure. For me, having a strong predecessor really did set the standard for my own reputation management early on.

Jennifer Mann is the founder and president of JL Mann Consulting, LLC, a firm that provides customized business solutions to a wide array of companies. A former longtime member of the Pennsylvania House of Representatives and small-business owner, Jennifer is relied on for her effective cost-cutting strategies and her dedication to helping companies grow.
Elected to serve her hometown of Allentown in her 20s, Jennifer was a state representative from 1998 to 2012, quickly earning a reputation as a skilled facilitator, consensus-builder and mentor. In 2008, her colleagues elected her to the post of Caucus Secretary, making her only the third woman to serve in a House Democratic leadership position since the Pennsylvania legislature was formed in 1682. As a member of the national Democratic Leadership Council (DLC) Leadership Team, Jennifer served as chairwoman of the DLC’s State Legislative Advisory Board and was named to the DLC’s “100 to Watch” list in 2000.