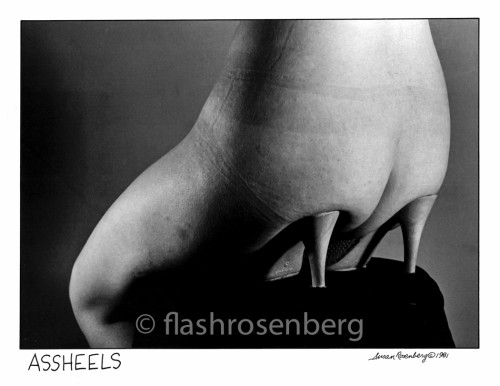 Flash was concerned that the person who looked at a woman’s foot and decided that high heels might be a good idea…might be thinking of something even worse.

Flash waited about an hour for the tight-jean imprint on the model’s body to “fluff-out”–but it didn’t. So this is inadvertently a portrait of a nude during the tight Jordache Jeans era.