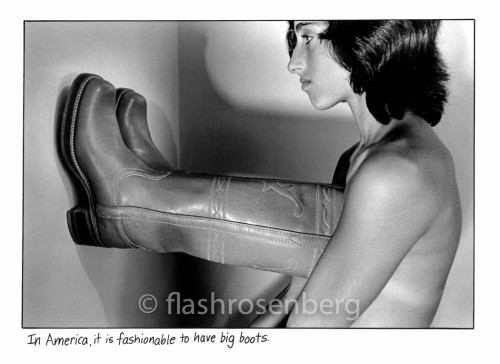 For her first commercial assignment, Flash was hired to create an ad for Frye Boots for a local shoe store. The store was appalled and didn’t use the image, so sadly, that was the end of her advertising career–and ecstatically, the beginning of her career as a photo-humorist. This is the first in a series called “Jest Photos.”