Calling all writers:
Pitch your concept at the IDEASMYTH Pitch-Palooza

***To earn one of the twelve highly coveted pitching slots at the event: email a one-page pitch to Events@Ideasmyth.com by July 3rd to enter***

New York, NY (June 25th, 2013) – IDEASMYTH.com is excited to present this Pitch-Palooza featuring Pro-Pitcher Amy Thomas (cultural journalist & author, Paris, My Sweet), and stellar panel of industry professionals: Priscilla Gilman (author of the memoir, The Anti-Romantic Child, magazine writer, teacher & former literary agent), Rita Rosenkranz (founder of own literary agency), and Liz Rosenthal (advertising creative director/writer with Publicis Kaplan Thaler). Amy Thomas will open this evening as the event’s Pro-Pitcher with pitch highlights from her career, followed by twelve pitches by selected audience members. Each pitcher will receive laser coaching from the panel about how to advance their project—and in the past, some have received agent representation. Everyone is encouraged to come early and stay late to enjoy Iguana’s excellent margaritas and Mexican food.

*Cash bar & dinner service before and after the panel* 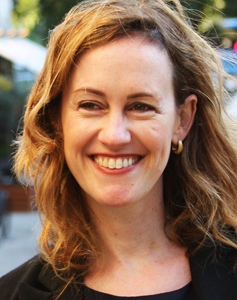 Amy Thomas is a New York based writer who bridges the fast-paced worlds of advertising and editorial. With 18 years’ experience in the ad world, from San Francisco to New York to Paris, she is now a Creative Director at the fashion agency, Spring Studios. Amy is also an insatiable food and travel writer who habitually capitalizes on her obsession with sweets and curiosity about far-flung destinations to cover such delicious topics as Belgian bonbons, New England lobster rolls and French patisseries for publications including the New York Times, New York Post and National Geographic Traveler. Last year, Amy’s book in the popular “foodoir” category—part food journalism, part memoir—was published by Sourcebooks. Titled Paris, My Sweet: A Year in the City of Light (and Dark Chocolate), it’s been featured in USA Today, Vogue.com, Publishers Weekly and others and translated into Portuguese and Polish. In addition to Paris, My Sweet, Amy has co-authored the interior design book Convertible Houses (Gibbs Smith, 2007) and was published in the anthology Single State of the Union (Seal Press, 2007). Amy is currently working on a new book. 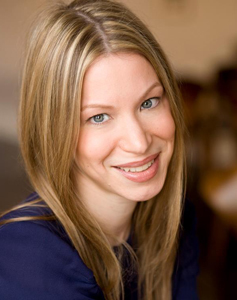 Priscilla Gilman is the author of the acclaimed memoir The Anti-Romantic Child: A Story of Unexpected Joy (Harper). The Anti-Romantic Child was excerpted in Newsweek and featured on the cover of its international edition. It was an NPR Morning Edition Must-Read, Slate‘s Book of the Week, selected as one of the Best Books of 2011 by both The Leonard Lopate Show and the Chicago Tribune, and one of five nominees for a Books for a Better Life Award for Best First Book. Andrew Solomon, author of The Noonday Demon and Far From the Tree, called The Anti-Romantic Child “rapturously beautiful and deeply moving, profound and marvelous.” Gilman received her B.A. summa cum laude and her Ph.D. in English and American literature from Yale University. She was an English professor at both Yale and Vassar before leaving academia in 2006. From 2006-2011, she worked as a literary agent at Janklow & Nesbit Associates, representing a wide range of literary fiction, inspirational memoir, wellness, and psychology/education books. She now writes regularly about literature, parenting, autism, and education for the Daily Beast, the New York Times, the Chicago Tribune, MORE magazine, O: The Oprah Magazine, the Boston Globe, and Huff Post Parents. She is a Scholar-Facilitator for the New York Council For the Humanities, offering seminars on poetry to high school students and non-profits throughout the state of New York.  On December 17th 2012, the New York Times published her op-ed, “Don’t Blame Autism for Newtown,” which was the #1 most emailed article on the New York Times site for the following day. Gilman lives in New York City with her family. 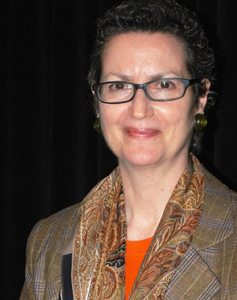 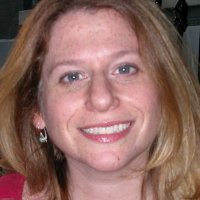 Liz Rosenthal is an award-winning advertising creative director/writer with 18 years experience in the industry. She’s written for many big brands such as Wendy’s, P&G, American Express and Samsung. Liz has created integrated campaigns for just about every communication platform out there including TV, radio, film, digital engagements, apps, social media programs and her old school favorite, the toll-free number. She currently works at Publicis Kaplan Thaler where she recently received the 2013 Radio Mercury Award for Best Radio Campaign for spots she wrote for P&G’s ZzzQuil sleep-aid. Liz is also a semi-retired stand up comedian, an improviser and has the great fortune to have studied improv with some of the best in the business such as Jeff Richmond and Amy Poehler. Liz lives in Manhattan and is a newly converted kale lover.