*Cash bar & dinner service before and after  performances*

Ideasmyth.com is excited to present this Summer Showcase featuring Memoir, Monologues, Music & More. Join us as we celebrate the great things our clients past and present have been up to, as well as our diversely creative staff members. You’ll find no judging here, just pure polished entertainment! Performances include: a memoir excerpt by Carolynn Carreño, a novel excerpt by Elise Zealand, poetry by John Foy, storytelling by Katherine Wessling, acting by Samantha Cooper and our grand finale will be a set of geeky a cappella songs by Choirfly. Mingling encouraged! Come for the show, stay for margaritas and great Mexican cuisine. 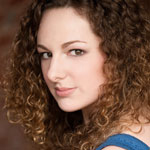 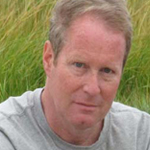 John Foy’s first book is Techne’s Clearinghouse (Zoo Press). His poetry has been featured in the Swallow Anthology of New American Poets and has appeared widely in magazines, including The New Yorker, Poetry, The New Criterion, Parnassus, The Raintown Review, Cimarron Review, and Barrow Street. His work has also appeared online, at Poetry Daily, Kin, The Nervous Breakdown, and other sites. He has an MFA from Columbia and has taught writing at Harvard Business School, Columbia, and Barnard, and he currently works as a senior financial editor at a Brazilian investment bank. His essays and reviews have appeared in Parnassus, Contemporary Poetry Review, Kin and other venues, both print and online. Last month he was a guest-blogger for Best American Poetry. 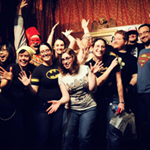 Michele Reznik, Events Producer is the marketing director, and a member of Choirfly, New York City’s premier nerd parody and geek satire a capella group. Founded in 2011 by Rachel Rakov, Choirfly’s members share a love of singing in addition to their affections of comic books, video games, sci-fi, RPGs, and fantasy. Choirfly aims to bring the excitement of a cappella to all audiences, geeks and non-geeks alike. Choirfly hits the sweet spot for fans of: Doctor Who, Video Games, Firefly, Weird Al, Jonathan Coulton, Flight of the Concords, & Saturday Morning Cartoons. Recent performances include Brooklyn Farmacy & Soda Fountain and The Way Station where they packed the house on a Wednesday night. 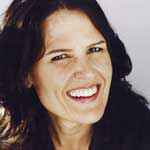 Katherine Wessling, Editorial + Education Consultant has worked in almost every aspect of the magazine publishing industry, from editing to writing to fashion to research.  She is excited to be offering her first courses for Ideasmyth this summer and fall, covering reporting techniques and public speaking. She was editor-in-chief of (ai) performance for the planet, senior editor at Speak magazine and contributing literary editor at Swing. Katherine was on staff as a research editor at Esquire, Glamour, Good Housekeeping and O, The Oprah Magazine. She has also written for Marie Claire, O, The Oprah Magazine, Prevention, Town & Country and CosmoGirl. Her essays have appeared online at High50.com and BustedHalo.com, been heard on WNYC’s broadcast of Morning Edition, and been published in the anthology Have I Got a Guy for You. Katherine wrote the young-readers book Backstage at a Movie Set, a section of Women’s Wear Daily: 100 Years | 100 Designers and the fact-checking chapter for The Concise Guide to Magazine Marketing. She’s also written how-to scripts for HowCast.com, instructional videos for Mediabistro.com, fashion copy, PR copy and marketing materials. Katherine’s plays and sketch comedy have been produced in New York City and she can be seen on stages around town telling stories and performing improv. She’s appeared in close to 30 plays, over a dozen films and in close to 40 episodes of the comedic business training series Cutting Edge. Katherine studied history at UC Berkeley. She loves telling her own stories and helping others tell theirs. 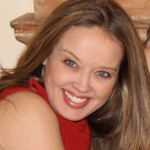 Elise Zealand grew up in Western Maryland and graduated from the writing program at Loyola College, Baltimore. She started out as a reporter for the Binghamton Press & Sun Bulletin covering crime and the courts before earning a J.D. from Columbia Law School. She worked for twelve years as lawyer in New York City with a focus on media and entertainment law, most recently as general counsel of Penton Media. Now mother to Henry, age 3, and stepmother to Emma, 11, and Quinny, 6, Elise lives with her family in Manhattan and Westport, CT. Elise is currently training to be a mediator. She has a passion for all things French, contemporary art and dancing. She is currently at work on a novel, A Long Line of Doves, about the family of a famous artist as told by his wife and daughter-in-law. The novel tracks them from the gates of a Polish ghetto, through the nascent Soho art scene of the 1970s, to life today on Manhattan’s Upper East Side and explores a theme close to Elise’s heart: what makes a family, and the importance, or not, of biology in forging those ties.