I used to buy my morning paper at a little newsstand on the corner of West 83rd Street and Columbus Avenue run by Shahid, a sunny and trim Pakistani in his 50s with a thinning salt-and-pepper comb-over and a wardrobe of fresh-pressed button-down shirts in various shades of sherbet, which Shahid ate a lot of growing up in Lahore.

It’s a narrow store, basically an aisle with a wide variety of merchandise on either side: dog food, handballs, cigarettes, blank CDs; along with hard-core pornographic magazines, Lotto tickets, cold beer, and fresh ham, for making sandwiches. All of which Shahid believes are so bad for body and soul, he has promised god he will never partake of them.

Shahid is a practicing Muslim: he prays five times a day—at home, before and after work, and—when business is slow—during work at the mosque on 96th street, leaving his partner to mind the store. And Muslims are forbidden to look at pornography, to gamble, to drink alcohol, and to eat pork. Which together, according to Shahid, represent about 25% of his business.

So one day I ask him, “How can you be a Muslim and sell these things?” How can you believe in one thing yet do another? This is a question I’ve struggled with for years in my own work: writing speeches for executives who sometimes sell products I would never buy and think others shouldn’t buy either. Which gives me the means to buy my paper from Shahid and ask him how he has resolved this split in his life.

Shahid smiles and says, “Who wants to be an extremist? We all know what they do.” And he looks over at a stack of papers on the floor featuring pictures of the latest turmoil in the Middle East, next to magazines covered in stickers that cover the genitals of the cover girls and guys—and sometimes, their mouths. “Show me a passage in the Bible where it’s okay to take your clothes off in front of a camera,” says Shahid. “All the religions are the same.” 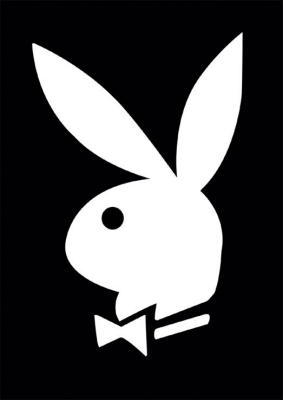 Everyone bends the rules, in other words. And those who don’t bend…break, becoming suicide bombers or sex workers. “So you don’t feel a split,” I say, “between what you believe in and what you do?”

“This is America,” says Shahid. “The land of many people getting along.” e.g. Boar’s Head, Budweiser, Powerball, Barely Legal, and the Koran.

“But what goes through your mind when you’re looking at those magazines? Don’t you ever just want to…sneak a peek?”

“It’s like an evil person,” says Shahid. “When you see them, you can’t let them in. Now please excuse me. I have to get back to work.”

Like I’m an evil person—for asking him to consider giving up either his religion or 25% of his income. I mean really—what’s evil about that?
~~~James Braly is the writer and performer of the monologue Life in a Marital Institution, which premiered at the Edinburgh Festival Fringe, sold-out 59E59 Theaters in New York City, and transferred Off Broadway to the Soho Playhouse. Reviewed as “gaspingly funny” (Variety), “never less than excellent” (The New York Times), and “a masterpiece of storytelling” (The List), the show has played over 120 performances and is currently on tour around the country. Learn more about James at www.jamesbraly.com.