Our first month’s theme, in March 2012, was Failure. Our friend Cali Rivera, formerly the sous chef for the acclaimed Prune restaurant on the Lower East Side, presided over a cooking class celebrating dishes that were originally seen as failures (Tart Tatin, anyone?). Philip Kirakofe came to talk about The Failure Club, his start-up that dares its enrollees to risk more, risk bigger, and fail often. We had a Failure to Meditate Well, which gave credence to the importance of just sitting, no matter what.

And we finished out our debut month with this: an evening of Stories About Failure. 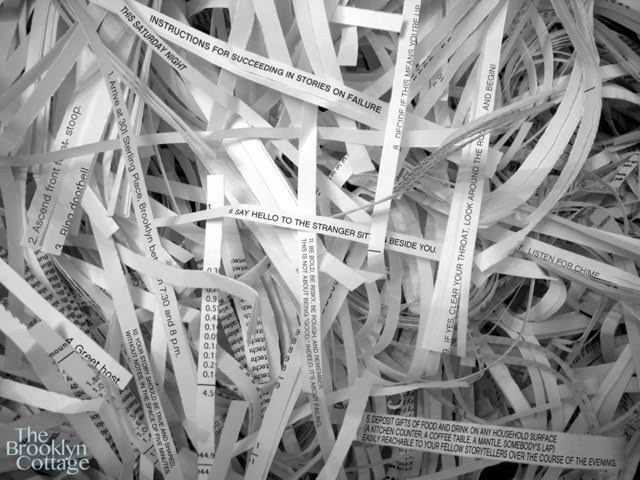 I rarely suggest designs to Yazmany. As the poet David Whyte has said: “What you can plan is too small for you to live.”