“If curiosity killed the cat, it was satisfaction that brought it back.” ~ Holly Black

At Ideasmyth, we honor this curiosity connection every week, by curating a list of New York’s quirky under-known treasures of culture, events and other surprising treats. Satisfaction guaranteed!

This week we’re all about kick-starting the festive season with haunted pumpkin patches, holiday markets and a little bit of magic. Happy discovering!

On the occasion of the paperback release of FROM SCRATCH: THE UNCENSORED HISTORY OF THE FOOD NETWORK, Allen Salkin will be speaking with acclaimed author and TV host (featured in Salkin’s book), David Rosengarten on the relaunch of his beloved Rosengarten Report, sharing stories from the hottest kitchens–to hottest TV studios. Their dialogue will be moderated by Ideasmyth’s Creatrix-in-Chief Victoria C. Rowan, who will pepper these two for more insider info than could fit into the book–and there are sure to be surprise tasty bits not listed on the menu. 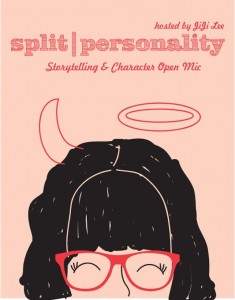 Split Personality: Comedy and Storytelling
7-8PM, FREE
Over the Eight Bar, Williamsburg
Entertain all aspects of your personality here! 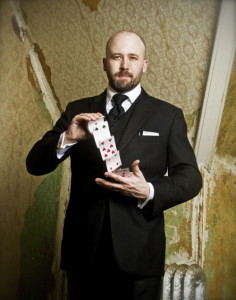 Tucked away in the Lower East Side, The Slipper Room celebrates all things bizarre and burlesque and this Friday, the late show will be mind-reader and magician Matthew Holtzclaw and his partner Prakash Puru. The Burlesque Beat calls their act:  “‘pragmatic’—the kind of trick that you could actually use in your daily life. Guessing someone’s zodiac sign might be ho-hum, but sussing people out—at a job interview, when you’re trying to get laid—is what modern life is all about.” 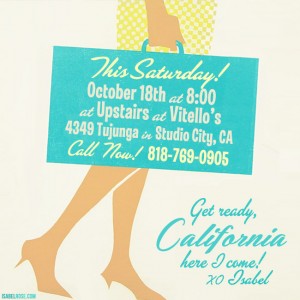 The JazzTimes says she’s going “stiletto-to-stiletto with Ann Margaret,” and now you can go coast-to-coast with Isabel Rose’s contemporary cheekiness in LA this Saturday! Ideasmyth client, Isabel Rose, performs her latest 60’s-inspired album, Trouble in Paradise, at one of Frank Sinatra’s pet jazz clubs. Enjoy a date-night of retro glamour and her newly anointed top-40 album guaranteed to be a “sexy, splashy, Vegas-inflected, unapologetically joyful hour of entertainment.” 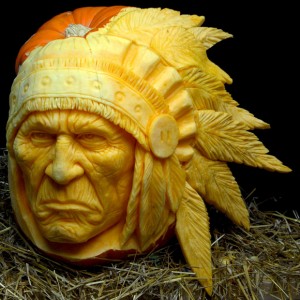 The New York Botanical Garden invites Halloween-thrill seekers of all ages to its annual haunted pumpkin patch. Sculpture-specialist Ray Villafane will put up a live carving performance true to his aesthetic vision: “to inspire creativity and the imaginatic medium of contemporary art.” 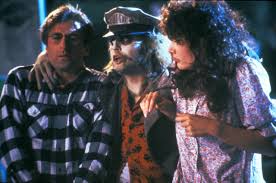 The fantastical 1988 American comedy horror film Beetlejuice finds its way to Williamsburg’s upscale and ultra-hip club Huckleberry Bar, as a part of its Monday night film series. For Halloween month, they’re celebrating black comedy–soothe your goosebumps with a libation from the bar. Don’t miss out — Beetlejuice is not on Netflix!

Yes, the holidays are now launching BEFORE Halloween! Home to one of the favorite holiday markets of the year, Bryant Park kicks off the holiday season today with a smorgasburg of treats! Shop at kitsch vintage stores, try some of New York’s best hot chocolate concoctions and when you’re charged up (pun intended!), enjoy the outdoor ice skating rink for some family-filled fun. 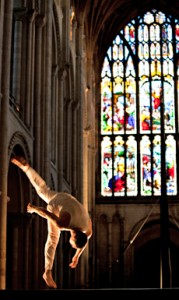 The curatorial proof of the “power of art to illuminate and nourish one’s interior life” is embodied in The White Light Festival, a collective showcase of installations, concerto music and movement arts. Catch the U.S. premiere of How Like an Angel  as Australian circus troupe Circa fills the space from on high, accompanied by Britain’s Renaissance choir music ensemble I Fagiolini.