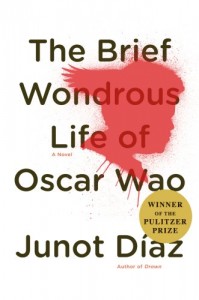 Junot Diaz’s The Brief Wondrous Life of Oscar Wao tells a multi-generational story of a Dominican family in the aftermath of Rafael Trujillo’s dictatorship. How then, did I, a Russian, Brooklyn-raised young adult of twenty, identify so strongly with the narrative of Oscar, the ill-fated, big-hearted yet tragically overweight Dominican who “wore his nerdiness like a Jedi wore his light saber or a Lensman her lens and couldn’t have passed for Normal if he’d wanted to”?

Diaz writes that for Oscar’s family, life under the Trujillo regime “was like being at the bottom of an ocean. There was no light and a whole ocean crushing down on you. But most people had gotten so used to it they thought it normal, they forgot even that there was a world above.” This sensation is not exclusive to the De Leons; the same can be said for anyone living in a society where the political beliefs of the powerful few forcefully rule the lives of the many. After fleeing the soviet state, experiencing America informed my parents’ views on how my life should be lived above the surface. They hoped I would choose a field of study that would provide financial stability and job security. I wanted to live up to their expectations, and agreed  that nursing could offer me that.

Once at college, I soon experienced a rude awakening; I had difficulty keeping up with the work for my nursing courses. I remembered: I never had been good at science! As I struggled,  I began to regret my choice. The only class I was doing exceptionally well in was expository writing. For as long as I could remember, I loved to read fiction. No matter where I was, I could completely immerse myself in the literary universe I was exploring, and I began using writing as an outlet for my creativity–first by journalling,  then by writing short stories. I was at my lowest point, but I didn’t want to disappoint my family, who had no idea how much I was drowning while craving relocation to the free world above. When I earned an A in English but a D in Statistics and a No Credit in Chemistry, I was finally ready to express my change of heart: I declared myself an English literature major.

I knew I would always have the support of my family, but they worried: “what kind of job will you have with an English major?” and “how will you make any money to support yourself?”

After changing my major, I excelled in my courses and made the dean’s list. I finally belonged. I was beginning to rebuild my confidence as a student and a writer, but fear and anxiety still lurked deep beneath the surface. Aware that English majors don’t prepare you for one profession, much less a lucrative one, my apprehension mounted. To suppress this feeling, I dove into my studies. Reading The Brief Wondrous Life of Oscar Wao by Junot Diaz helped me overcome my disquietude.

The novel was required reading in a multicultural literature course, where our professor had us discuss terms like diaspora, globalization, and assimilation. What I ultimately took from from the book, though, was something completely personal. Usually, when I’m reading for academic purposes, I approach a work with the expectation  that I’ll have to endure a dense jungle of prose to appreciate the significance of what’s being said. This time was different.

The colloquialisms that danced off the pages were perceptive and painlessly accessible. Diaz’s narrator, Yunior, is a literary powerhouse whose language dazzles while it ricochets between the profane and the profound in English and Spanish. “Oscar was a social introvert who trembled with fear during gym class and watched nerd British shows like Doctor Who and Blake’s 7, and could tell you the difference between a Veritech fighter and Zentraedi walker, and he used a lot of huge sounding nerd words like indefatigable and ubiquitous… Perhaps if like me he’d been able to hide his otakuness maybe shit would have been easier for him, but he couldn’t.”

Yunior doesn’t seem to think that Oscar’s nerdiness is a flaw. Rather, his lack of pretense and masculine assimilation make his life harder than need be. I, however, saw this aspect of his character as an anomaly that propels him forward and informs his life’s purpose. Oscar’s inability to be anyone other than himself leads him to dive deep into a dangerous love, and he knowingly accepts the consequence, which is ultimately fatal. In the face of death, Oscar bravely declares that “on the other side he wouldn’t be no fatboy or dork or kid no girl had ever loved; over there he’d be a hero, an avenger. Because anything you can dream you can be.”

What I took away from the book  was this: The meaning of life is arbitrary. We are constantly being exposed to other people’s perceptions of the “right” way to act, but those concepts only have meaning if we choose to give it to them. Similar to myself, Oscar constantly felt pressure to emulate a persona that just wasn’t in him. His fatness, nerdiness, and awkwardness instead pushed him to read and write copious amounts of science fiction. He ended up teaching literature for a short time in his post-college life, channeling his energy and talent in a way that was meaningful–to him. The happiness and comfort literature provided to him was something I could identify with. I also realized that the anxiety I was experiencing was something I constructed in my own mind. Diaz writes, “You can’t regret the life you didn’t lead.” I’m glad to say that I will never regret changing the focus of my studies, and I will never regret giving up a career  in the healthcare field.

I resolved to channel my interests in a positive way too; I started working as a peer tutor at Hunter’s Reading/Writing Center. I felt like I was making a difference by helping my fellow students be better writers. Their warm gratitude and sense of accomplishment invoked a feeling in me that I never experienced before. This feeling gave me a sense of validation, and showed me that I was on the right path. The assurance I gained helped me improve my capability as both a writer and tutor over time–now I could speak about academic writing with authority. It also showed up in conversations about my future with my family; I stopped avoiding the subject because I felt I’d acquired valuable skills that I’d be able to employ in any professional environment. I no longer felt I was drowning; I was floating towards the surface. Diaz showed me that it is ultimately up to us to live our own truths wholeheartedly–and that’s what makes life worth living.

~~~Carol Zaydel is Ideasmyth’s Editorial Intern, and a recent Hunter College graduate who majored in English Literature. She worked as a writing tutor at Hunter’s Reading/Writing Center, where she helped fellow students in all phases of their writing. When she’s not busy employing the written word, she uses her whimsical humor to spice up the mundane in every-day life and gathers inspiration from weekly cultural events to shape her existential views.