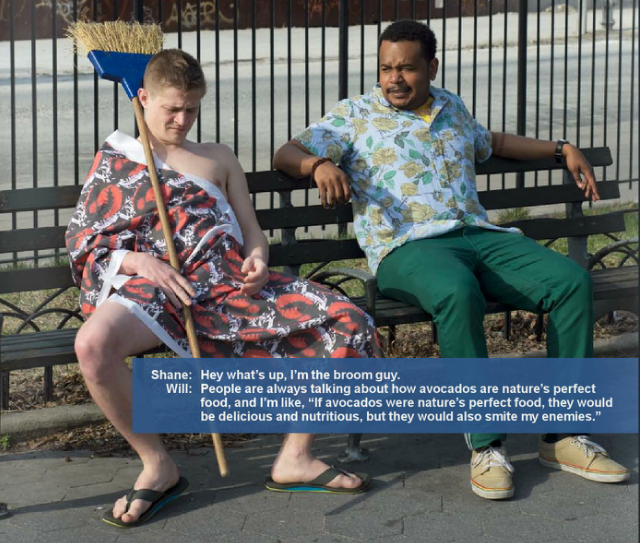 What criteria do you use when casting?

First, I have to enjoy being around the people I’m working with. It’s easier using people I know, but it’s also important to bring in new people, at least as supporting characters.

It’s also very important to me that The Pharmacologists, and Hausfrau in general, reflect the diversity of New York–age, race, body-types, socio-economic background, all of that. And then beyond those criteria, I try to shoot people who are interesting to look at.

How long do these shoots take?

One to three hours.