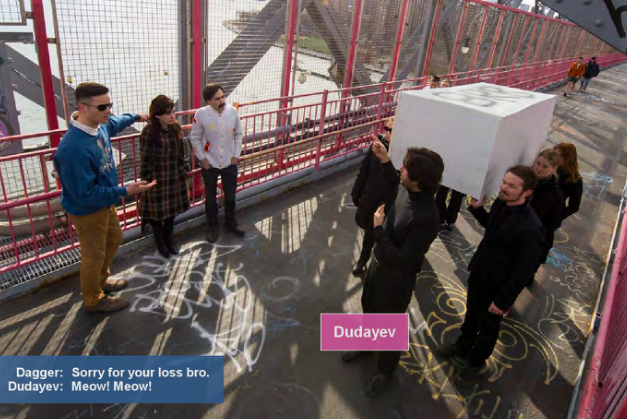 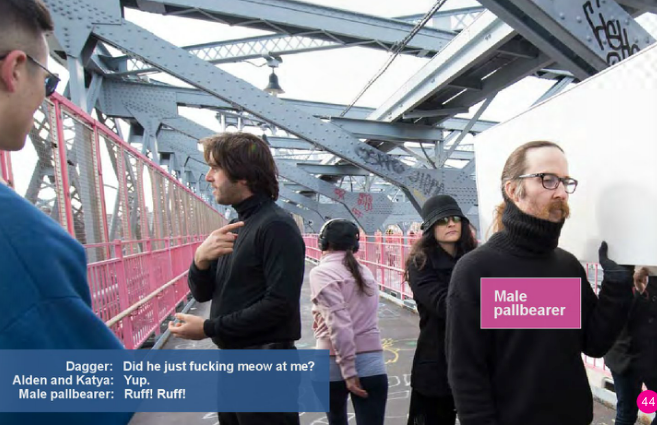 How is directing shots different when you are in the shots?

Being in the magazine myself is weird. I don’t really like it, but I have to make sure there is continuity if one or two of my pals who play main characters move or can’t participate any more. My plan was to not be in The Pharmacologists (the title of the serialized photo-comic in Hausfrau). It has worked out OK though; one advantage of being in it myself is that if I travel, I can shoot in other locations and incorporate that into the story. We’ve shot in London and San Francisco, which adds some depth and texture to the story.

My wife or one of my actors have taken the shots I’m in. Overall, I definitely prefer being behind the camera.