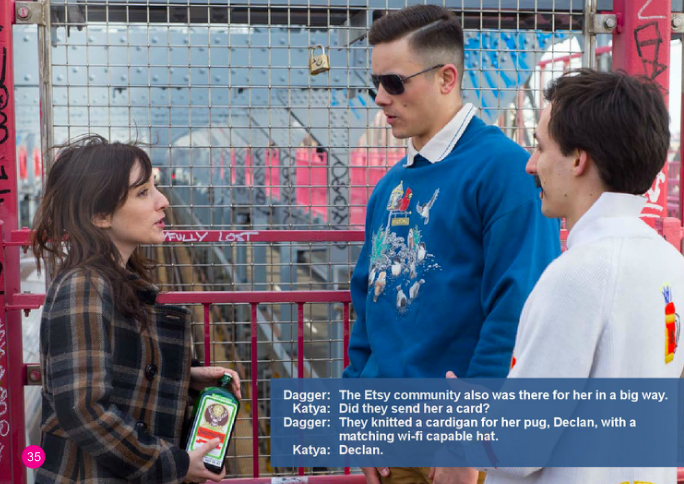 Is the script locked in before the shots or are the stories improv-ed out and captioned later?

The photos come first. It’s much easier and more effective to shape the dialog in response to the photos on the page than vice versa. That way my “actors” don’t have to act. They can just do their thing, and then I tailor the dialog based on their facial expressions or gestures, although there is also very loose story-line that I work out prior to a shoot.

I also don’t story-board in advance, but I’ve been thinking that the photographs might be stronger if I did.

Do the actors create the costumes?

I have picked out most of the clothes; a lot of the items I buy at vintage shops. The actors, my friends mostly, don’t get paid, but they do get to keep the clothes ha ha ha. So they can wear them to prom, etc.