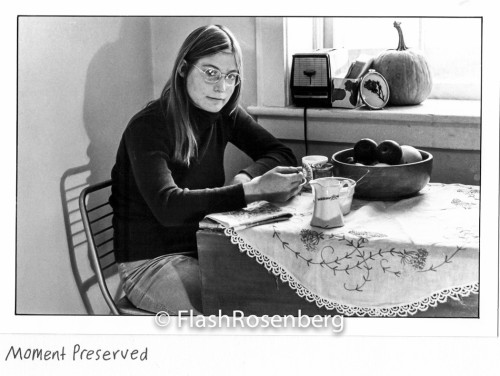 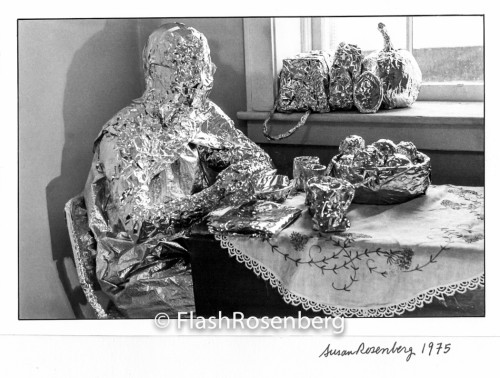 Flash didn’t want a PICTURE to remember a breakfast at her kitchen table with her dear friend Renee. She wanted to preserve Renee sitting there, fresh in tin foil–forever! This photo is a portrait of our enchantment with each moment…and the limitations of photography.

This sequence was snapped on the first roll of film Flash shot as “art photography.” Her quizzical stance was, “If you get 36 shots on a roll, why is only one photo supposed to be ART?” So she began by shooting photo sequences.