Everyone loves to label artists. Think about it: the record store of those stone-age times before iPods divided music into categories for easy shopibility. Rock. Hip-Hop. Polka. You get it. But now, when you go to iTunes or Spotify, the music is organized all over the place. This hasn’t exactly happened in the world of writing just yet, but that’s okay. Because–counter-intuitively–the only way to shed the shackles of labels is to embrace them in the first place. 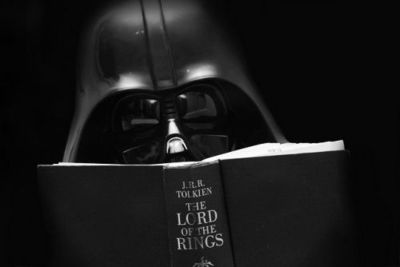 Don’t forget to put on your Darth Vader mask the next time you read! Source: juxtapost.com

Presently, if someone were to ask me or my agent or my editor or my publicists to define me, we’d all probably say “Pop-Culture Sci-Fi Guru” because that’s what’s printed on the back of my book. An easier label would be the airy, almost pseudo-intellectual term “essayist.” Saying I was a “science fiction critic,” would be true enough, but it makes me sound like I watch movies and read books while wearing a Darth Vader mask (This may or may not accurate). All of this is actually fine. As are the comparisons to some of my writing idols: Chuck Klosterman or Rob Sheffield. These guys know I love them and they’re probably sick of hearing me say it. But, there is honesty in publishing jargon sometimes. Sure, I’m influenced by Klosterman and Sheffield’s rock/pop essays. You bet. I wouldn’t exist without them. I’ll take the label. I’ll wear it proud. But it’s not everything. I’m more than “the sci-fi Klosterman.” In fact, I’ve actually had many different labels, and they’ve all stuck and they’ve all slipped way.

When I first started taking my writing seriously, I happily accepted the label of “storyteller,” as it was something I was doing and wanted desperately to be even more than I already was. After I moved away from frequent storytelling on stage, I started selling personal essays to Nerve.com about relationships and sex. Suddenly I had a new label: I was a Sex Blogger! Upon the publication of my first essay with Nerve, a friend of mine called me and said, “Okay, so now you’re like the male Carrie Bradshaw.” I was so offended! For like 45 seconds. 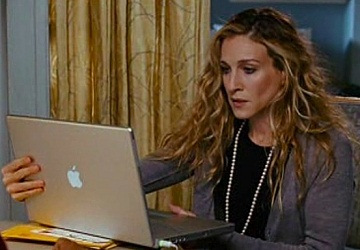 What was wrong with being a Sex Blogger anyway? Particularly a paid Sex Blogger? Sure, it made me sound a little bit like a sell-out, but if my reality was even remotely associated with the fantasy of (arguably) our generation’s most famous fictional writer, was that such a bad thing? I decided that it was fine. Just as I had been labeled a young hipster storyteller, I would know gladly accept the label of financially destitute, male, Carrie Bradshaw. Bring it on.

The funny thing is, it didn’t last. Contrary to the hardcore reality of Sex and the City, it is, in fact, quite difficult to make an ongoing living as a sex columnist, blogger, whatever. I’m not sure if these things are in the deleted scenes; but I don’t recall seeing Carrie Bradshaw running to her freelance cat-sitting or waitressing jobs. To this day, I’m still gainfully employed in the cat-sitting and waitressing industries, too. What kind of writer am I really then? Cat-sitter. Waitress.

Unlike the occupations we dreamed of as children–Doctor, Lawyer, paleontologist–labels in adulthood don’t really denote any kind of stability in terms of money. This past summer, in order to make ends meet, I decided to pick up waiting tables again; and I’ve refused to call myself anything but a “waitress.” Whether I was a storyteller or a sex blogger, the reality is, I’ve never stopped being a waitress. I used to hate that idea, but now I find it liberating. (My colleagues at the restaurant, by the way, are all “servers.” Only I am a waitress.) 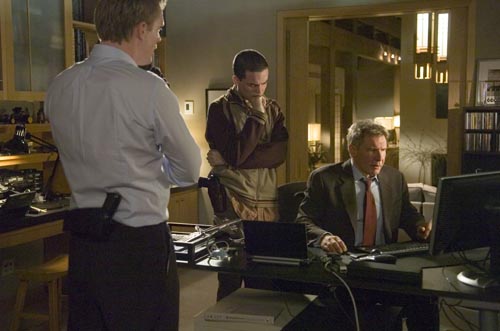 In case you need a visual of Harrison Ford at a computer to help kick-start your imagination; Source: futuregamez.net

But wait. I thought you were a science fiction critic/essayist or something, Ryan? What gives? Well, I am. Because those are the things I’ve given up all the other labels in favor of. When I started writing about pop-culture and science fiction for money, I found something that I was slightly better at than writing about sex or feeding someone’s cats. I’m decently passable at both of those other things, but I’m really damn good at analyzing an episode of Doctor Who or explaining to you some stuff in Star Wars that is both hilarious and unnoticed. And now, these days, I’ve got a new label or two thanks to my bizarre desire to continue to write about these things I write about. But just because I’m now a pop-culture sci-fi guru with an essay collection to prove it, it doesn’t mean I’m not still a waitress or a sex blogger.

There’s a pervasive legend that Harrison Ford was a carpenter before he became a movie star. For my money, I’d like to think that on some days, he still sees himself that way. Now imagine Harrison Ford as a sex blogger.

You know you want to.