Join us for Mingling and Idea-Sharing Afterwards Until 9pm.
$20 in Advance or $28 at the Door.

Our 15th pitch-er will be chosen by luck of the draw! Aside from our 14 pre-selected participants, one fortunate pitch submission will be randomly selected at the event for a chance to share his/her concept with the panelists and crowd. In any case, pitches not selected win the opportunity for a 10-minute consultation with IDEASMYTH’s Founder & Creatrix-in-Chief Victoria C. Rowan. It’s a win-win for everyone!

James Braly will be our *Pro-Pitcher* kicking off our Pitch-Palooza. James, whose monologue Life in a Marital Institution just came out as a memoir from St. Martin’s Press, will briefly talk about the experiences pitching his manuscript (developed in IDEASMYTH’s writing workshop intensive) to agents, publishers, booking agents, media executives, financial backers and journalists. And because the secret to all enduring success is to be perpetually pitching, James will also be pitching one of his current projects to the panel for feedback.

Back by popular demand, IDEASMYTH’s Pitch-Palooza on April 9th gives you the rare opportunity to pitch your creative writing concept—be it an article, book, or script—to an expert media panel. Each participant has two minutes to pitch the panel a teaser of their project, and then will receive on-the-spot coaching that will be educational to the whole audience.

Only 15 candidates will be selected to participate, so all interested writers need to submit their 1-page pitch to Events@IDEASMYTH.com by April 4th. Please include your full name and contact information within your pitch page.

Get to Know the Panelists

Stéphanie Abou is a literary agent at the Foundry Literary + Media. A storytelling lover above all else, Stéphanie seeks fiction and non-fiction projects that are character driven, with a strong voice and emotional undercurrent. Stéphanie believes in the transformative powers of literature, and while losing oneself in the narrative is a must, she prefers fiction one can learn from and non-fiction that entertains. A polyglot and a cultural mutt herself, she is particularly attracted to works that focus on a singular experience as the original point of entry into a deeper, more universal aspect of the human condition. In this spirit, she has represented a number of titles authored by or featuring the “other” experience, be it Jewish, Latino, African or even Alaskan. She has also represented works in translation. Many of her authors are New York Times, National, and International Bestsellers, and she believes in a close editorial and business partnership with her clients.

Originally from France, Stéphanie always knew she would work as the passionate advocate that authors need. She began her publishing career as a would-be journalist, until an internship at Farrar, Straus and Giroux in New York City called her to literary agenting. She spent nearly six years at The Joy Harris Literary Agency, ultimately as Foreign Rights Director. Stephanie holds a Masters Degree in Comparative Literature from the Sorbonne in Paris. 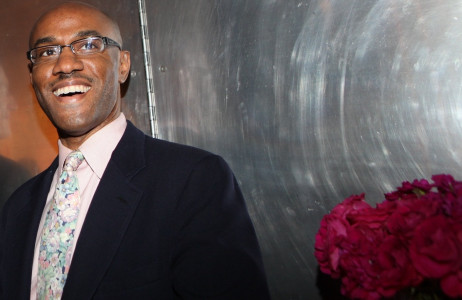 Michael Darden, Founder and President, Perfect Pitch Media Relations Inc, has nearly two decades of marketing communications, business development and brand development know-how in a traditional corporate communications environment, which gives him a unique ability to bridge the gap between old and new tactics (and which ones in both worlds are actually worth keeping). Established in 2002, his firm Perfect Pitch and its professional staff represent over two decades-worth of award-winning, public relations experience and recently have won clients—investment experts, a Merck nonprofit, distinguished scientists and artists—extensive and impactful visibility with news coverage via Bloomberg television network, Sirius XM Radio, the New York Times, CNN Headline News, Twitter, YouTube, the Wall Street Journal, Newsweek, Forbes and ABC News’ Website. The recipient of several awards, including Cohn & Wolfe′s “Media Maven Award” for pitching excellence, Michael is a graduate of the University of Virginia where he earned a B.A. in English and minored in history. He also graduated from Harvard University’s Radcliffe Publishing Course. 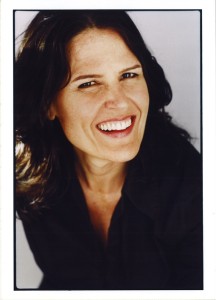 Katherine Wessing has worked in almost every aspect of the magazine publishing industry, from editing to writing to fashion to research. She was editor-in-chief of (ai) performance for the planet, senior editor at Speak magazine and contributing literary editor at Swing. Katherine was on staff as a research editor at Esquire, Glamour, Good Housekeeping and O, The Oprah Magazine. She has also written for Marie Claire, O, The Oprah Magazine, Prevention, Town & Country and CosmoGirl. Her essays have appeared online at High50.com and BustedHalo.com, been heard on WNYC’s broadcast of Morning Edition, and been published in the anthology, Have I Got a Guy for You. Katherine wrote the young-readers book, Backstage at a Movie Set, a section of Women’s Wear Daily: 100 Years | 100 Designers and the fact-checking chapter for The Concise Guide to Magazine Marketing. She’s also written how-to scripts for HowCast.com, instructional videos for Mediabistro.com, fashion copy, PR copy and marketing materials. Katherine’s plays and sketch comedy have been produced in New York City and she can be seen on stages around town telling stories. Katherine studied history at UC Berkeley. She loves telling her own stories and helping others tell theirs.

Don’t forget to invite your friends through our Facebook event! Also,receive updates about this event and many other exciting activities among the IDEASMYTH creative community through our social media outlets!