Strong concepts that are well executed are the rare gems we as writers mine for every day. I’ve spent most of my editorial career in packaging, first at Alloy Entertainment and then at Full Fathom Five, and I’ve been in the room when so many blockbuster ideas were hatched, notably, the New York Times best-selling series, Gossip Girl and Dorothy Must Die. Both series were honed and developed as a collective effort, and I’m a firm believer in brainstorming ideas as a way to drill down and refine.

But what do you do when you don’t have the luxury of other creative minds at your disposal?

Here are three tricks I use to generate new concepts:

Sometimes, if you’re lucky, you can put a raw idea aside for a little while, and your subconscious does the creative work for you! 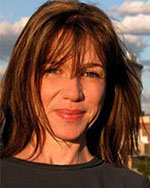