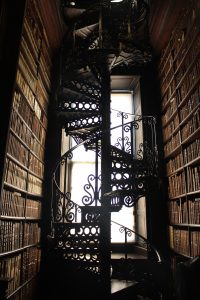 Shedding the light on a dark book. Photo by Ruiqi Kong on Unsplash.

Another eternal challenge: how best to monitor the border between free speech end and hate speech? And what is fair to ask of Amazon in terms of social responsibility in our capitalist society?

Do you think that society is safer if people express their prejudices in public and therefore others can better self-protect and law enforcement can monitor? Or do you think that such freedom of self-expression is tantamount to society’s endorsement?

Alternatively do you feel society is safer when expressing prejudices is NOT allowed, meaning they can only be shared in secret? Would you take some solace in knowing that social norms reject those individuals/ groups, thinking that it should then be harder for haters to gain a bigger following underground?

Personally, while all forms of hate speech (and its dogwhistles that it uses to attract followers) are profoundly alarming for all of the obvious implications, I think an open society is ultimately safer when its inclusive of all minority views (no matter how socially acceptable to the majority) and extreme actions (short of violence) because the alternative of secret societies has always ultimately been more dangerous both to the participants and to the greater society. From where I sit observing history, whether you’re talking about a ban of controversial books or of any “vice” (alcohol or drugs or sex), the purveyors and customers of the illegal economy have both been vulnerable as they are disqualified from legal protections. And those in proximity–say literally having the bad luck to live on the same block of a drug dealer turf war–all too often personally literally suffer or even die in the crossfire.

For those curious about diving deeper into this issue, worth reading the 1,666 reviews (is THAT a significant #?!) on Amazon’s listing for Mein Kampf.

AND NOTE: that if Amazon were NOT trying to profit from the interest in this title, why not make it available for free on Kindle, since they wholly own their own digital platform and it costs them nothing? (They are currently charging $0.99 for the Kindle e-version and $12 for their print-on-demand Create Space edition and facilitate the sale of a rare edition for $546.) *NOTE: Our Ideasmyth Amazon-fulfilled store is not encouraging nor benefiting from the sale of Mein Kampf*