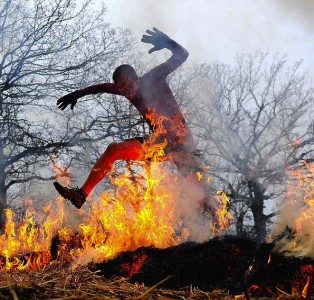 Anthony Phillips once wrote, “Regrets, yes I have many…” I regret not finishing a race once. I was a serious runner in college and quitting…I had no idea that it would cut so deep. For days, weeks, I couldn’t shake the mark that it left. How I wouldn’t get a “do over.” The chance was done and gone. After that, I finished every race, no matter the pain or doubt. And being a long distance runner has served me well as a writer. Because writing is a long distance event. Sure there are those who write something fast, furious and brilliant. But for the most part and for most people, writing is rewriting. So be in it for the long haul. Not finishing something will gradually crush you. You’ll think on it and feel that sinking weight of failure. Start, finish a draft, regroup, start again. Don’t add another log to the fire of regret…