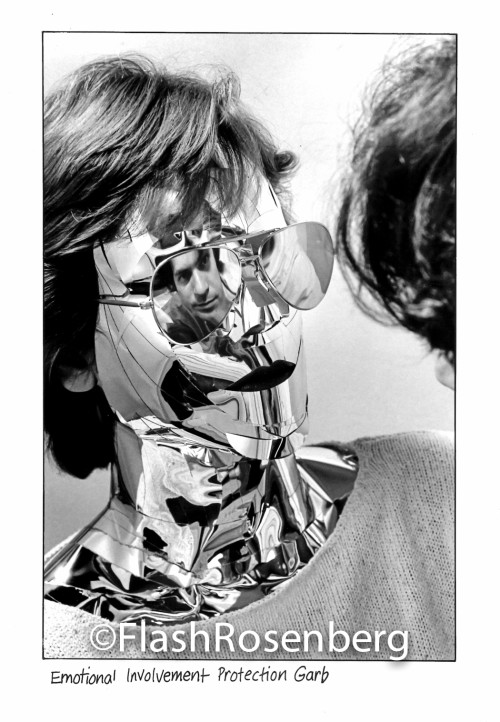 Finding a stack of adhesive, reflective Mylar at a flea market immediately inspired the creation of this cubistically fortified face, meant to express an attempt to deflect connection.

Yes, this is a portrait of what it feels like to be shut out from a person you wish you could know, but who resists.

And vice versa: It reflects the agony of needing to shut out someone you don’t want.

The tension is in the seductive, irresistible, and prickly pleasure we experience in angling to see ourselves reflected in others.