Sometimes the best way to get people to hear your music is to give them something to watch. I played this new song at gigs all winter, and I knew that if I didn’t make a video before the snow melted I’d regret it. I give you “We Were the Donner Party,” a four-minute documentary short/music video I made in the style of Ric Burns as a child on crack. “We Were the Donner Party” is the true story (set to music but not a musical, per se) of ninety pioneers who became stranded in the Sierra Nevada Mountains during the winter of 1846. I don’t know if any of you recall that winter, but it was a motherfucker. 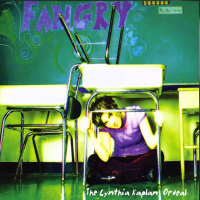 After you watch it I know that you will all be asking yourselves that age-old question: Why did a grown woman do this? [Ed. Note: Enter the password donner to view the video]

Want to hear more from The Cynthia Kaplan Ordeal? Buy their latest album, FANGRY, on Amazon or iTunes.