They say I have no accent, and that this is a gift. 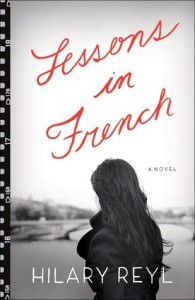 I’ve always loved translating. When I was growing up, I talked aloud for my father, who had lost his voice to throat cancer and spoke in a whisper that no one outside our family could understand. Technically, this was more repetition than translating, but there was nevertheless a layering of my own inflections and interpretations in my voice when I spoke for him, and I didn’t always understand all the words I pronounced, so there was a purely sonorous aspect to it too.

For better or worse, I am a natural translator, and find the role deeply satisfying. When my family moved to the French countryside the year I was eleven, I was overjoyed by the new language. I don’t think I’ve ever had more fun. Learning French made me aware of the structure of language in a way I had never been before. The intuitive became intellectual, and yet stayed magical. That year I became aware of my love for words. I decided I would become a writer, to translate all this richness into something original.

I went on to develop a passion for French literature, to work and study in Paris, and to marry a Frenchman. My first (published) novel, Lessons in French, is about a character transformed by Paris. (My first unpublished novel was a tribute to my father). Like my character, Kate, I live in two languages, and, as I write, I continue to translate for my father in my mind.

An aside: I thoroughly enjoyed Alice Kaplan’s latest book, Dreaming in French, about three iconic American women each of whom spent a formative year in Paris and was forever enriched by the transposition.
~~~Hilary Reyl has a PhD in French Literature from NYU with a focus on the 19th Century, and has spent several years working and studying in France. She lives in New York City with her family. Lessons in French is her first published novel. She is currently working on a novel called Borrasca, a father-daughter caper set in Southern California in the 1970′s, as well as a young adult novel with a magical Proustian theme. Learn more about Hilary at www.hilaryreyl.com.