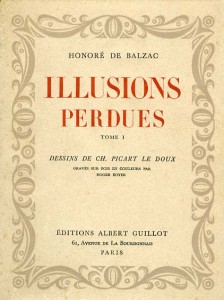 I have a dream that Lessons in French will be translated into French and that I will be able to read passages from it aloud in Parisian bookstores. They put writers on TV in France. I could go on one of those cultural programs and discuss the joys of seeing my work in its mirror language. I even know what I would wear. My red dress, skin colored heels.
It is a thwarted dream. There is a crise in France at the moment and optimism is low. The French, I am told, are not open to much new reading these days, and the are certainly not interested in a book by an American that purports to tell them who they are and how they come off. They read foreign books to have new experiences, not to spend time with clueless Americans in France who find them rude and wonder how they stay so thin. But my book, I argue with the French co-agent I force myself on in Paris, is not about a clueless American in France. It’s not about cultural misunderstanding so much as class. My heroine Kate is like Balzac’s Rastignac, a provincial come to the big city, learning its codes and complexities. Her lessons are both comic and painful. Her older cousin Jacques, obsessed with La Comédie humaine, even calls her Rastignac with great affection.

“Lessons in French is Balzac light!” I cry hopefully in the agent’s office. 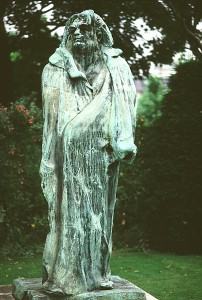 It doesn’t matter, she sighs, not unkindly. She can’t get any editors to even read it. The title doesn’t help. And did she mention that there was a crise in France?
~~~Hilary Reyl has a PhD in French Literature from NYU with a focus on the 19th Century, and has spent several years working and studying in France. She lives in New York City with her family. Lessons in French is her first published novel. She is currently working on a novel called Borrasca, a father-daughter caper set in Southern California in the 1970′s, as well as a young adult novel with a magical Proustian theme. Learn more about Hilary at www.hilaryreyl.com.