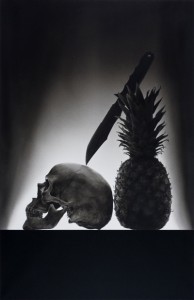 I want a book to punch me in the face. I don’t care if it’s the beauty of the writing, the honesty of the characters or an intriguing plot—there’s nothing better than finishing a book and feeling like it unearthed something deep in your soul you didn’t know was there–right?! I love each of these ten books for different reasons–some because they’ve made me rethink certain things about myself, some because they’ve provided a much needed boost in a tough moment–but all of them have spurred existential crises that have changed me. Read at your own risk.

Augusten Burroughs is known for his too-weird-to-be-true memoirs, and Dry is the best of them. This one is a harrowing account of his life after the crazy childhood, and the resulting addictions and destructive behavior. Honestly, once you read about the now-successful Burroughs surviving his father putting out a cigarette on his forehead at the age of six and his best friend dying of AIDS after six years with no symptoms, you will seriously reevaluate what you’re doing to accomplish your goals. I read it to remind myself that no obstacle–especially the self-made ones–should stop me from getting what I want in life.
Read it here!

A Visit from the Goon Squad, Jennifer Egan

This is the book I wish I had written. The execution is flawless—jumping forwards and backwards in time from story to story focusing on a different character in each one, the transitions are seamless. There isn’t a single dull moment as she follows a bizarre music-driven group of friends from their punk teenage years to their slightly sad middle-aged years. It makes you consider the people who have crossed in and out of your life, and how bizarrely interconnected you can be with them–and whether you’ve been considerate enough to them lately.
Read it here!

This book is so important to me. It made me rethink everything I thought I knew about love, relationships, mental illness, writing—I remember finishing it and just thinking I would never read something that agonizingly insightful again–while laughing in self-recognition again. My favorite moment is one about younger Dick; it so completely captures what it’s like to be young and ambitious and a little scared, I wrote it down the second I read it and have had it memorized ever since: “In the dead white hours in Zurich staring into a stranger’s pantry across the upshine of a street lamp, he used to think that he wanted to be good, he wanted to be kind, he wanted to be brave and wise, but it was all pretty difficult. He wanted to be loved, too, if he could fit it in.”
Read it here!

I started this book at 11 AM on a Saturday, curious to see if it lived up to the hype. At 7 PM the same day, I finished it, having not moved nor left my apartment for the entire eight-hour period. I don’t think I’ve ever been so engrossed in a story about two people I despised so much–and yet the author tricks you into actually empathizing with them. For instance, I was mentally cheering during Amy’s “Cool Girl” monologue—basically, she debunks the Manic Pixie Dream Girl myth, and it’s kind of awesome. And then I felt intensely uncomfortable about identifying with an insane sociopath, which made me realize that the line between the sane and insane is murkier than I ever thought before.
Read it here!

This whole collection is brilliant, but I chose it in particular for the final story, the eponymously named “Demonology.” Though the rest of the collection is entirely fictional, this piece is about Moody’s struggle dealing with the death of his sister. That’s what’s so jarring about it: all of a sudden you’re flooded with the river of grief that Moody unleashes, and it overwhelms you so much you can almost physically feel his pain. When I was thirteen, one of my uncles died, and since my cousins and I were all still pretty young, our parents let us think he was a stand-up guy instead of telling us the truth about him—in short, he was certainly not a stand-up guy. “Demonology” made me realize why they did it, and why we martyr people in general when they die: because the truth is too painful.

“I should fictionalize it more, I should conceal myself. I should consider the responsibilities of characterization, I should conflate her two children into one, or reverse their genders, or otherwise alter them, I should make her boyfriend a husband…”
Read it here!

Sci-fi premise aside, I think this is the most realistic love story I’ve ever read. Yes, Henry has a fictional genetic disorder that forces him to time travel at random, but his relationship with Clare and the problems they encounter feel unbelievably true. It made me think about the times I considered myself “in love” and if those relationships had really meant as much as I thought, how much patience and personal sacrifice would be required to keep it alive.
Read it here!

The Things They Carried, Tim O’Brien

The raw honesty with which O’Brien tells every one of these stories renders all of them so vividly real that you trust him implicitly—how could any of it not be true? And then he goes and rips the rug out from under you by saying he might have made it all up. I challenge anyone to read “On the Rainy River” and tell me someone could have just pulled that kind of soul-splitting internal crisis out of thin air.

“And right then I submitted. I would go to the war– I would kill and maybe die– because I was embarrassed not to.”
Read it here!

A word of caution for those interested in this series: you will never be more angry or frustrated than while reading A Series of Unfortunate Events. Lemony Snicket (the pseudonym of author Daniel Handler) really, truly could care less about what the reader wants. The series is laced with little mysteries that he never answers; on top of that, it seems like the bad guys are racking up way more points than the good guys. The thing is, the Baudelaire orphans always manage to outsmart everyone else in the series. That message was revolutionary to me when I was a kid, and still feels that way now: just because people discount you or your ideas because you’re young doesn’t mean you can’t kick ass and prove them wrong.
Read it here!

Half a Life, Darin Strauss

Darin Strauss doesn’t hold anything back in this memoir to make himself seem like a better person or to garner sympathy from the reader. It gives you the sense that Strauss is tearing himself in half—one part of him dealing with the personal struggle of having taken someone’s life, and the other part hating himself for even thinking of himself when the girl he killed never got to go to college, or get married, or be a parent like he is. His honesty humbled me–I have lied to save my own ass in the past, and this book made me think long and hard about that fear of owning up. He had to say “I’m sorry” to the parents of a girl he killed, and I’m afraid to tell my boss I forgot to buy printer ink?
Read it here!

There is a good chance that I wouldn’t be here writing this post if it weren’t for this book in particular. I first read It’s Kind of a Funny Story when I was sixteen, and it was the main reason I decided not to kill myself then. Yes, I am now far past thinking getting a C in Honors Chemistry is worth dying over, and this book hilariously underscores it: nothing is worth dying for that can be solved by asking for help instead. The book spurred my first personal-high-stakes existential crisis, one that pushed one tiny beacon of light through what I assumed was an endless black fog. That Ned Vizzini ultimately committed suicide in December of 2013, after a long struggle with depression was devastating to hear, and, to me, doesn’t diminish the positivity of this book.
Read it here!

~~~Alex Ritter is a recent NYU grad working in marketing and advertising in New York City. She is working on becoming the next great short story author and has plans to eventually finish her collection highlighting the lives of different women who come from the same town.