Happy to report it’s been another productive year for Ideasmyth clients. In 2013, our clients past and present completed and/or published the following books, and Ideasmyth couldn’t be more proud to see them already racking up their accolades. Click on each book’s image to order your own copies of these marvelous books as holiday gifts for others (so much more memorable than yet another bottle of wine!)–or for yourself! (NOTE: pre-purchasing makes a big difference: all pre-orders are aggregated to the first on-sale date and that sum can make an enormous impact on bestseller rankings.)

Sari Botton: Goodbye to All That 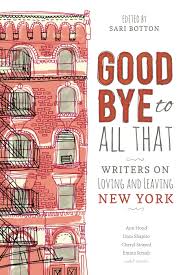 In this captivating collection, inspired by a Joan Didion essay of the same name, 28 writers share their New York stories. Their essays often begin as love stories do, with the passion of something newly discovered—the crush of subway crowds, the streets filled with manic energy, and the sudden, unblinking certainty that this is the only place on Earth where one can become exactly who she is meant to be. They also share the grief that comes like a gut-punch, when the metropolis loses its magic and the pressures of New York’s frenetic life wear thin on even the most fervent dwellers. As friends move away, rents soar, and love—still— remains just out of reach, each writer’s goodbye to New York is singular and universal, like New York itself. 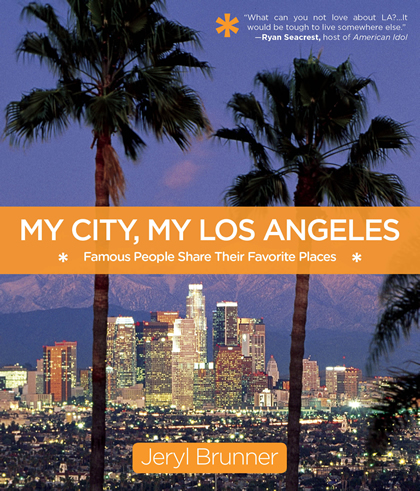 What do famous people love to do during their free time in Los Angeles? Angelenos and other notables have their rituals that connect them to the city in a unique way: favorite restaurants, museums, beaches, parks, markets, landmarks, haunts, and hideaways. The activities are as diverse and eclectic as the city itself. My City, My Los Angeles gives readers something truly unique––a chance to experience L.A. the way the city’s most notable luminaries do. Read the book that Publishers Weekly called “an excellent resource for tourists.” 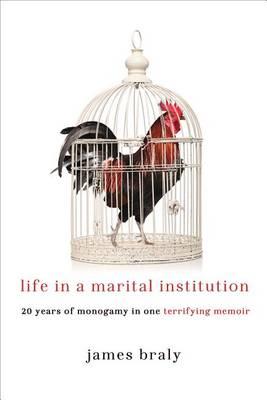 In this sharp, funny, poignant glimpse into a very unusual marriage, sensitive, decent, shell-shocked James Braly earns the job.  His marriage to a woman who is so bewitching–that at their very first meeting she corrects the handwriting he uses to write her prized name and number on a slip of paper—is by turns fascinating and casually shocking. Thus begins a romance that includes progressive adventures in extended breastfeeding, co-sleeping, even fine dining (dinner parties whose guests include a connoisseur of human placenta: “pan roasted…in cumin”). Life in a Marital Institution is a look inside the manic marriage of opposites, from the winning point of view of the husband, the “gaspingly funny” (Variety), “never less than excellent” (New York Times) writer of the hit Off-Broadway show of the same name.

Carolynn Carreño: MEAT: Everything There Is to Know (collaboration with Pa LaFrieda) 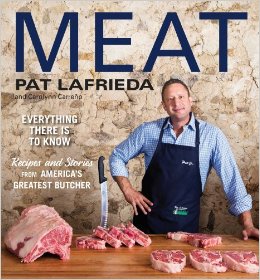 In Meat, Pat LaFrieda introduces you to cuts beyond chops and tenderloins—including inexpensive and unusual cuts—so you can venture outside your everyday selections. With detailed, step-by-step photos, he provides instruction in the best butchering skills for the home cook, such as needling, frenching, rolling, and tying. Through heartwarming reminiscences and personal memories, you’ll learn of the history of the LaFrieda family’s great American success story and how they created a business that’s lasted over one hundred years, becoming a New York City landmark along the way. The city even named a street after them in the meatpacking district, Pat LaFrieda Lane. In addition to Pat’s favorite family recipes, you’ll find even more delectable recipes contributed by a who’s who of New York City’s greatest chefs, including Lidia Bastianich, Josh Capon, and Jimmy Bradley.

The libations in this intoxicating collection span some 200 years, from Europe to the Far East, and they’re the drinks with the best tales to tell. Because–without a backstory–a cocktail is nothing more than spirits and mixers. Mixed media illustrations by award-winning Danish artist Poul Lange feature vintage bottle labels, postcards, and magazine images. The illustrations are matched with simple recipes and deeply researched backstories for a new look at the world’s most iconic cocktails. More than a sum of its parts, Storied Sips is a book about living the good life, treating oneself to a dash of civilized escapism at the end of a busy day. Read the book that FoodRepublic.com called “a must-read for any cocktail aficionado.”

In compelling and sympathetic prose, Hilary Reyl perfectly captures this portrait of a precocious, ambitious young woman struggling to define herself in a vibrant world that spirals out of her control. Lessons in French is at once a love letter to Paris and the story of a young woman finding herself, her moral compass, and, finally, her true family. Read the book that Paul Maclean, author of The Paris Wife called “an affecting and intelligently drawn debut.”

Allen Salkin: From Scratch: Inside the Food Network 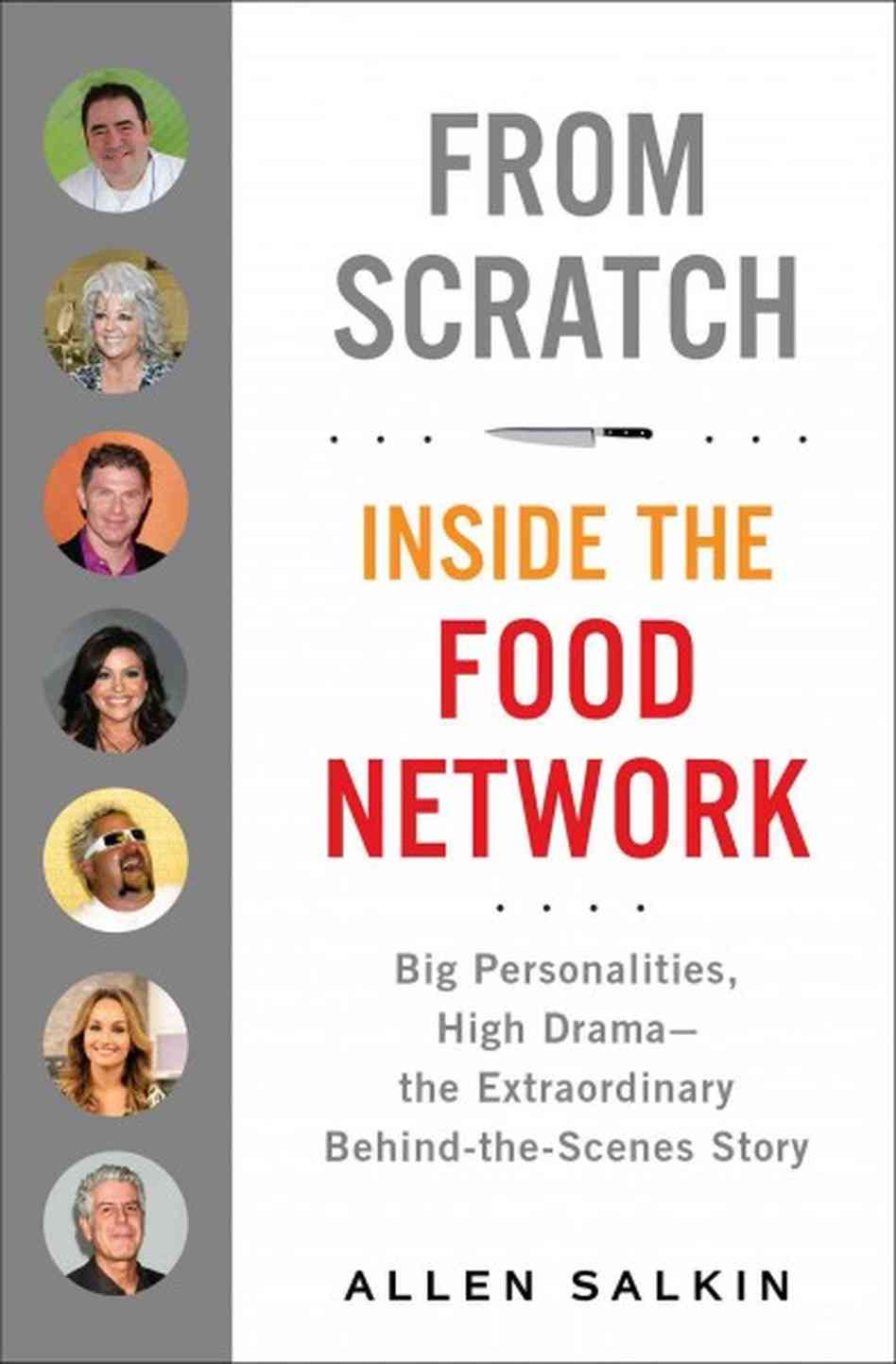 Based upon extensive inside access, documents, and interviews with hundreds of executives, stars, and employees all up and down the ladder, Allen Salkin’s book is an exhilarating roller-coaster ride from chaos to conquest (and sometimes back). As Salkin takes us inside the conference rooms, studios, homes, restaurants, and after-hours meetings, we see a salty Julia Child lording it over the early network performers; a fragile Emeril Lagasse staggering from the sudden public shock of cancellation; a very green Rachael Ray nearly burning down the set on her first day; a torn Tyler Florence accepting the Applebee’s job he knows he can’t refuse, but with a chill running down his spine; a determined Bobby Flay reinventing himself once again to survive. Read the book The Atlantic Wire called “A detailed look at the network from start-up phase to the present, with a generous lump of juicy stories about the network’s most polarizing figures heaped on top.” 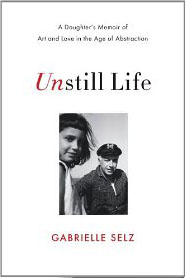 Weaving her family narrative into the larger story of twentieth-century art and culture, Selz paints an unforgettable portrait of a charismatic man, the generation of modern artists he championed, and the daughter whose life he shaped. Read the book that Honor Moore, author of The Bishop’s Daughter, said “has the vitality of witness and the intimacy of memoir at its best.” 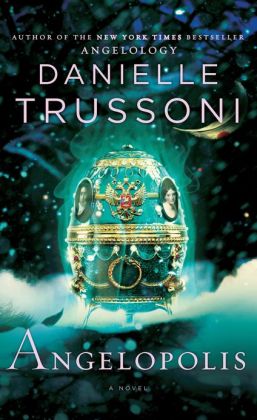 A New York Times bestseller and global sensation, Angelology unfurled a brilliant tapestry of myth and biblical lore on our present-day world and plunged two star-crossed heroes into an ancient battle against mankind’s greatest enemy: the fatally attractive angel-human hybrids known as the Nephilim. With Angelopolis, the conflict deepens into an inferno of danger and passion unbound. Read the book that Booklist called “a stunning follow-up to the bestseller Angelology.” 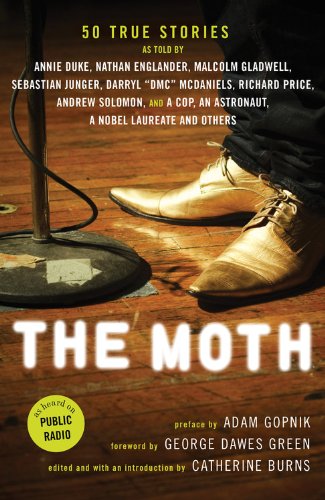 For the first time in print, celebrated storytelling phenomenon The Moth presents fifty spellbinding, soul-bearing stories selected from their extensive archive (fifteen-plus years and 10,000-plus stories strong). Inspired by friends telling stories on a porch, The Moth was born in small-town Georgia, garnered a cult following in New York City, and then rose to national acclaim with the wildly popular podcast and Peabody Award-winning weekly public radio show The Moth Radio Hour. Read the book The London Guardian called “brilliant, and quietly addictive.”