Here’s a storm that’s internal and emotional. Ben Jonson wrote “On My First Son” in 1603 after the death of his seven-year-old boy, Benjamin. The storm he is weathering here is that of inconsolable grief.

Professor Edward Taylor, at Columbia, told us how as a young man he first taught this poem to a roomful of graduate students. He said he broke down in tears in front of the class, overwhelmed by the naked sentiments Jonson expressed, who otherwise was known for his tough, cynical take on things.

Fortunately I have never lost a young child, but I can imagine, as a father, how devastating it must be. I have always loved the plain, hard, sensible quality of the language in this piece.

On My First Son 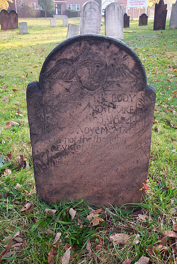 Farewell, thou child of my right hand, and joy;
My sin was too much hope of thee, lov’d boy.
Seven years tho’ wert lent to me, and I thee pay,
Exacted by thy fate, on the just day.
O, could I lose all father now! For why
Will man lament the state he should envy?
To have so soon ‘scap’d world’s and flesh’s rage,
And if no other misery, yet age?
Rest in soft peace, and, ask’d, say, “Here doth lie
Ben Jonson his best piece of poetry.”
For whose sake henceforth all his vows be such,
As what he loves may never like too much.