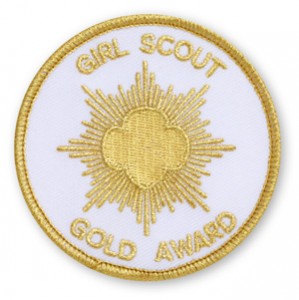 Back in 2012, when I first created my lit mag blog, Brouhaha Magazine, both the magazine and I were entirely different. I was a high school senior who took up the cause of remedying my school’s lack of literary magazine (thanks to recent budget cuts) in order to earn the Girl Scout Gold Award, the community service project very few high-school-level Girl Scouts head to college without. The first edition of the magazine was in print, and included nothing but friends’ artwork, poetry and prose. I designed the whole thing using Microsoft Word, printed every page out at home, and stapled every magazine together myself. At the time, it was called Petrichor Magazine (OED: “petrichor” is “a pleasant smell that frequently accompanies the first rain after a long period of warm, dry weather”). As per the Girl Scout Council’s enormously stringent Gold Award guidelines, the project had to be sustainable—it had to live on even after the eighty hours spent working on the initial project were complete. And so, Petrichor Magazine the blog was born. At the time, I’d merely posted the pieces that were in the print magazine and submitted the Gold Award project paperwork, ready to be done with the social stress of putting together a literary magazine and actually interacting with the contributors, who I was convinced were only lending me their work out of pity for the very noticeably socially anxious me. I had no idea that now, nearly three years later, the blog would be as important to me as it is.

When I picked the magazine back up a year later, I renamed it Brouhaha Magazine (I’d discovered Petrichor was already taken), beginning a long series of changes to the blog—and to the ambitious former Girl Scout who started that blog. The array of work I included expanded–first to include strangers’ poetry and prose, then music, quotes, articles and slam poetry. During the numerous near-all-nighters I pulled to get the next day’s content scheduled, I learned to value dedication and persistence—and caffeine—all of which made juggling two jobs and 16-credit-semesters seem manageable. The magazine’s tone and sensibility—brooding, a little cynical, but also big-hearted and liable to fawn over cute pictures of animals—became my personal tone and sensibility. My contributors’ writing—about things like self-care and self-confidence—gave me the language I needed to understand my own confidence. When the Tumblr users I followed spoke about things like race, gender, disability rights, and sexual orientation, I became empathetic to voices I’d never even realized existed, and sometimes even adopted those voices myself. I developed, in short, the sensibility and character best summed up in the Tumblr user quote (apologies to whoever came up with the saying–it’s nearly impossible to track down who came up with internet things), “Do no harm but take no shit”—and I developed the sort of Xena-the-warrior-princess work ethic that’s kept my Netflix binge-watching to a minimum (though Parks and Recreation and Orange is the New Black are total weaknesses).

Now that Brouhaha’s helped me establish connections and gain confidence, I have bigger social anxiety challenges to overcome, like work meetings, improv classes and social justice rants gone awry—interacting with contributors is just my means of relaxing at the end of the day. And Brouhaha has bigger challenges to overcome, as well—reaching the next thousand followers, a more diverse array of submissions, maybe even a return to the print format. But I’m immensely proud of the living, breathing being that Brouhaha has become—and the living, breathing, self-confident being it’s helped me realize I am.

~~~Kim Kaletsky is Ideasmyth’s editorial manager and managing editor of the Ideablog, as well as a recent NYU grad who studied English and American literature, creative writing and web programming. When she is not busy writing novels and running her lit mag blog, Brouhaha Magazine, you will probably find her on a park bench somewhere, sipping coffee and contemplating queer politics.