In this series of three walking tours, we will discuss the cultural and physical heritage of “Greater Greenwich Village,” with an emphasis on the writers, artists, and musicians who once defined Greenwich Village–and American culture–in the imaginations of people all over the world.

Can we still find inspiration in the streets of the Village as we contemplate its past? We will also discuss the general history and architecture of the Village.

Tour 1: The West Village
This tour takes us to the far west, all the way to the Hudson River, to the most picturesque streets of the Village (and of all of New York), where topics will include the development of Westbeth (and the High Line), the history of the White Horse Tavern, Jane Jacobs, St. Luke’s Place, the Village Vanguard, and much more.

Tour 2: Washington Square and Environs
We’ll look at the history of the square itself and of the countless artists and writers who have lived in the blocks surrounding it, including Edward Hopper, Willa Cather, Dawn Powell, Marcel Duchamp, and Bob Dylan.

We’ll also talk about MacDougal Alley and the creation of the Whitney Museum of American Art, the Provincetown Playhouse, the history of Village coffee houses, and the Bleecker Street Cinema.

Tour 3: The East Village
It began in the early 19th century as an eastward extension of Greenwich Village, but got swallowed by the northward-expanding Lower East Side, only to be again influenced by Greenwich Village in the mid-20th century as writers, artists, and musicians fled rising rents and settled in the blocks east of the Bowery.

The arts in America are inconceivable without reference to what happened in the East Village, and we’ll look at the St. Mark’s Poetry Project, La MaMa, Millennium Film Workshop and Anthology Film Archives, the Five Spot, Fillmore East, and more, as well as look at such figures as W.H. Auden and Frank O’Hara.

Tickets ($25 for each individual tour): 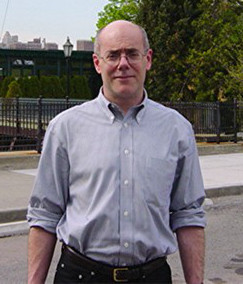 Instructor: Francis Morrone is an architectural historian and writer.

He is also the author of a detailed history of the East Village commissioned by the Greenwich Village Society for Historic Preservation.

He was an art and architecture critic for the New York Sun for six and a half years. Travel + Leisure magazine named him one of the 13 best tours guides in the world (one of only two in the U.S.).

Tickets ($25 for each individual tour):